Addis Abeba, October 16/2019 – Takele Uma Banti (Eng.), deputy mayor of the capital Addis Abeba, exited his position following a recent “a face-to-face meeting with Prime Minister Abiy Ahmed during which the Prime Minister informed Takele that he was being replaced,” a source close to the matter told Addis Standard.

News of Takele’s and his deputy Endawek Abite’s departure was first reported on October 07 by Awlo YouTube based media; Takele’s was then reported yesterday by journalist Elias Meseret Taye. Addis Standard confirmed the departure of Takele from two more additional sources, one of whom spoke on the record, but on conditions of anonymity.

“The Prime Minister told Takele that he will be replaced by Adanech Abiebie [currently the minister of Revenues], during the meeting three days ago,” our source said, “but Adanech will have to be confirmed by the City Council.” Just like Takele, Adanech too is not a member of the City Council, hence if confirmed, she will assume the office as deputy mayor.

According to our source Takele Uma’s last official day in in his position as deputy mayor was yesterday, a busy day when he presided over the cornerstone laying ceremonies of three mega projects launched by the city administration during his one year and four months stint. The projects whose constructions were launched yesterday are: The construction of Adwa Center, which will include cinema halls, library, gymnasium, a museum, meeting halls, green areas, cafeteria, restaurants, and parking areas, among others; the construction of public library which will also include playground, open space reading corners for kids and adults alike, art corners and a theater hall among others; as well as the construction of the Grand Palace Parking facility, a four story parking facility which will serve visitors to the newly opened “Unity Park” at the national palace.

What triggered Prime Minister Abiy’s decision to remove Takele is not clear, nor if the later will take up another position, although sources indicate that he may be moving to the Ministry of Water and Energy following the upcoming cabinet reshuffle by the Prime Minister. Addis Standard did not confirm this information, yet.

In an another development, the 55 member Central Committee of Oromo Democratic Party (ODP), which includes Takele Uma, has convened this morning. The main agenda of the meeting is to discuss on the fate of the party in light of PM Abiy Ahmed’s recent move to dissolve the existing structure of the ruling EPRDF in favor of a united party structure, the details of which is little known.

Sources close to the matter told Addis Standard that ODP’s nine member executive Committee is split into two between those who oppose the move and those who support it. However, the say by the 55 members of the CC will be crucial in deciding whether or not the party is dissolving itself to pave ways for Abiy’s proposal of a national united party; but that too depends on the final decision of ODP’s General Assembly, which is expected to convene after the CC meeting is concluded without major hiccups. AS

Editor’s Note: This news is corrected to indicate that “News of Takele’s and his deputy Endawek Abite’s departure was first reported on October 07 by Awlo YouTube based media.” 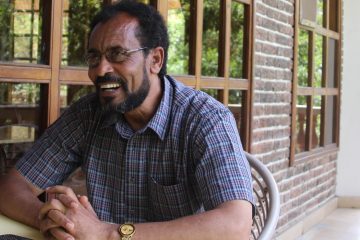