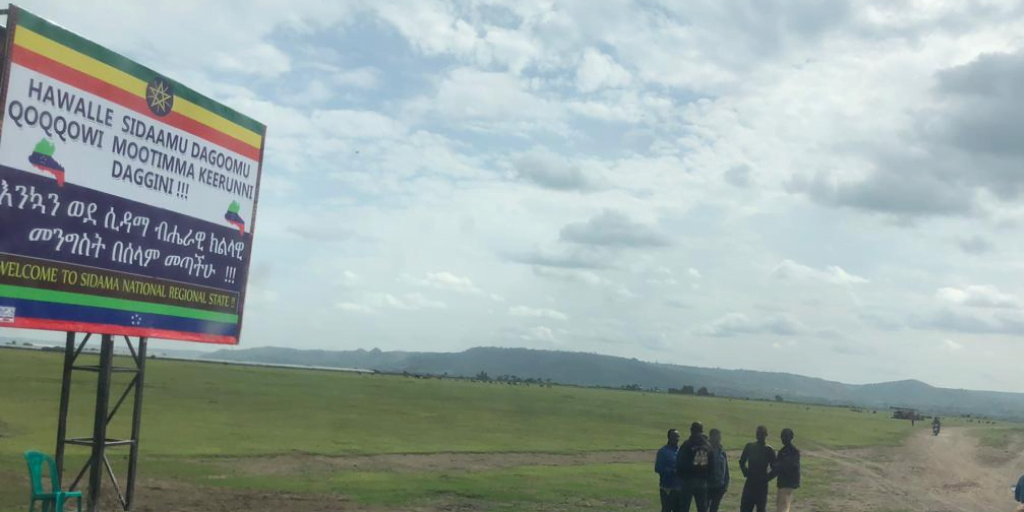 Commissioner Tewdros told state affiliated FanaBC that security forces were arresting individuals suspected of participating in protests in and around Hawassa city and that there have been causalities and property damages the extent of which are still being investigated. More clashes were reported in cities and towns in Sidama zone outside of Hawassa, he said, adding that there was a relative calm in Hawassa today. However, there were delays in security deployment outside the city where roads were blocked. Security forces are attempting to reign calm today, he said.

Sidama activists on their part accuse security forces in various places in Sidama zone and Hawassa city of arresting dozens of activists, including several leaders of Ejjeetto, a Sidama youth group spreading the campaign for Sidama statehood, such as Belay Belguda, Fasika Legesse and Getahun Deguye. Addis Standard has confirmed the arrest of these activists late yesterday. Twedros did not mention the number of casualties whereas activists say as many as eleven were killed so far. Citing Hawassa hospital, DW Amharic reported at least one person was killed yesterday and three others were injured.

According to two eye witnesses who spoke to Addis Standard by phone from Hawassa, although the city is calm today compared to yesterday, there are reports of ongoing “clashes, killings, property damages, and arrests” coming from several areas of Sidama zone such as Aleta Wendo, Hagere Selam, Yirgalem and Malga. Addis Standard’s attempts to confirm the reports from the Sidama zone administration were to no avail.

According to sources within SEPDM, yesterday’s meeting between Muferiat Kamil, Chairwoman of SEPDM, and Sidama zone officials, which took place in the morning in Hawassa city, ended with no agreement after zonal officials complained of heavy security crackdown.

Recap from from Addis Standard Social media reporting on July 18

Today marks the deadline for unilateral declaration of statehood by the Sidama community. Earlier a picture posted by DW Amharic showed a deserted city.

DW reported that some of the city’s activities were shut down while businesses, mainly banks, remained opened despite no sign of customers. DW’s reporter in Hawassa also said federal and regional security forces were seen paroling parts of the city. Representatives of Ethio and Habesha Bus PLC who wanted to remain anonymous also told the portal that transport activities were disrupted.

According to two residents of Hawassa who just spoke to Addis Standard by phone,federal & regional security forces are currently patrolling main streets and business areas. The security are dispersing youth groups who are attempting to block roads. Mobile data is disconnected as of the early hours.

After a tense moment that lasted for the most part of the morning, a semblance of calm is returning in parts of Hawassa. Confrontation began when members of Sidama community wanted to assemble at city’s open center where public celebrations take place. As per sources, Muferiat Kamil,chairwoman of SEPDM, is meeting with local officials.

Meanwhile, Desalegn Messa, PR head of the Sidama Freedom Movement, an opposition party, told DW Amharic that his party has conveyed message to the Sidama people to remain calm & wait for the results of the referendum in accordance with the decision of the electoral board.

But, he said he sees it appropriate for the electoral board, NEBE, to apologize to the Sidama people for delaying the announcement of the referendum. Currently, there are three opposition parties representing the Sidama people & all have, last week, issued statement denouncing the delay. AS

Exclusive: "Given the things that I learned from girls here I don't think they need my advice"- Malala Yousafzai