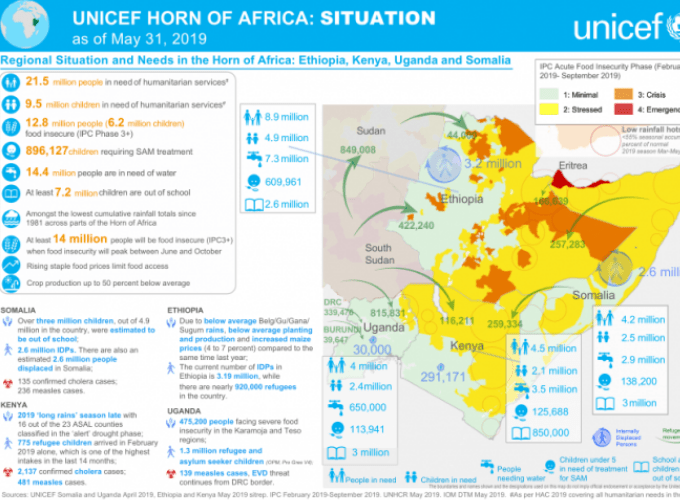 Addis Abeba, August 07/2019 – The European Commission said it was mobilizing a further €50 million in emergency humanitarian funding to help the people hit by drought in the Horn of Africa. “With many in the region relying on livestock herding and subsistence farming, the prolonged drought is having devastating consequences on food availability and livelihoods,” a statement issued by the bloc said. It added that today’s additional funding brings total EU humanitarian aid to the region to €366.5 million since 2018.

“The EU is stepping up its support for the people affected by a prolonged drought in the Horn of Africa. During my several visits to countries in the region, I have seen first hand how much climate extremes are affecting this part of Africa. Our funding will help extend humanitarian assistance in the affected areas, helping communities ward off the risk of famine,” said Christos Stylianides, Commissioner for Humanitarian Aid and Crisis Management.

Funding from this aid package will support drought-affected communities in Somalia (€25 million), Ethiopia (€20 million), Kenya (€3 million) and Uganda (€2 million).  It will go towards emergency food assistance and assistance to address immediate food needs; the provision of basic health services and the treatment of severe acute malnutrition in children under five years of age, and in pregnant and breastfeeding mothers; improving water access for both human and livestock consumption; and protecting households’ livelihoods.

“In addition, EU aid will contribute to assisting humanitarian agencies in the region to pre-emptively scale up their actions in the hardest hit areas,” the statement further said.

A spell of drought, following two poor rain seasons in a row, has put almost 13 million people in need of emergency food assistance across the region. Over 4 million children are estimated to be acutely malnourished, in addition to around 3 million malnourished pregnant and breastfeeding women.

The 2019 spring rain season in the Horn of Africa was among the top three driest on record. The ongoing drought comes just one year after the end of a major drought in 2016-2017. Within such a short time span, neither households have had time to recover, nor pastures and livestock herds to regenerate. Most of the affected communities live in pastoral and agro-pastoral areas. Scarce rainfall means that families cannot sustain themselves with their agricultural and livestock activities. Food prices have already risen across the entire region, thus further reducing poor households’ access to basic food supplies. EU