Addis Abeba, April 14, 2021 – A court session scheduled for today at the Federal Supreme Court, 2nd Appeals Bench was postpond without a hearing due to delayed delivery of a letter to the defendants and a non-functioning Plasma TV. The session was scheduled to hear the prosecutor’s appeal against the Federal High Court’s decision dismissing the request for a closed-door and behind the curtain wintess hearing. But neither the defendants nor the lawyers appeared the Federal Supreme Court.

The federal prosecutor has filed the appeal at the Federal Supreme Court, 2nd Appeals Bench requesting to reverse the e decision by the Federal High Court which ruled witness hearings to take place in open court.

Due to the prosecutor’s appeal, the Supreme Court has already suspended the decision of the High Court to conduct the open court hearing of the 146 witnesses the prosecutor said were ready to testify starting on April 13 by two more weeks.

During a hearing on April 6, 2021, the Federal High Court rejected the prosecutors’ request for a closed-door and behind the curtain witness hearing on the grounds that the nature of the threat posed to its witnesses was not backed by sufficient evidence. The court also cited Article 20 of the constitution which states that everyone charged with an offence is entitled to a public hearing before the court of law. However, the court ruled that the prosecutor’s witness hearing should proceed without disclosing the names of the witnesses. The court also granted additional seven days to the prosecutor to arrange for the safety of witnesses.

The prosecutor disputed the ruling citing witness protection proclamation and appealed at the Supreme Court, 2nd Appeals Bench seeking to reverse the ruling and causing the current delay in witness hearing. The Supreme Court has adjourned the next hearing until April 23, and ordered the defense team to appear and respond to the appeal by the federal prosecutor. The Court also sustained its decision that defendants should follow the hearing via Plasma TV. AS 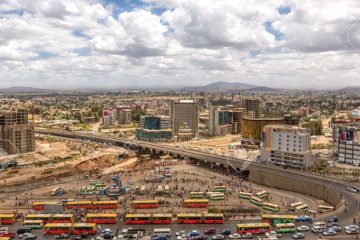