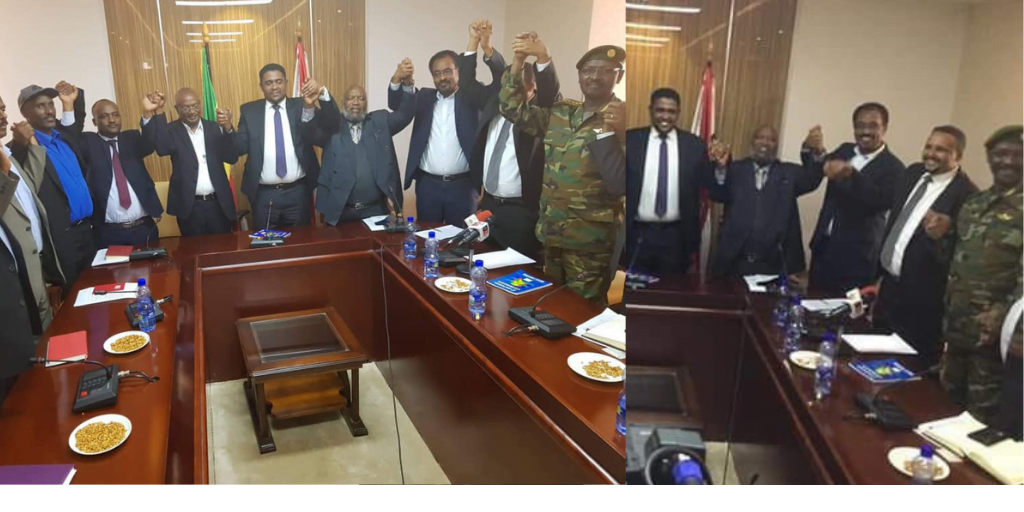 Addis Abeba, May 29/2019 – In a fresh agreement signed today OLF-SG, led by Dawud Ibssa, disavowed links with all armed groups operating in its name and agreed to support peace efforts by the federal government and Oromia regional state.

Dawud Ibssa, leader of OLF-SG, said that his party will from now on disown any armed groups operating in its name in the country and that it will cooperate with the government in securing peace in areas where armed groups are still operating. Several reports indicate that armed groups who are often accused of being members of Oromo Liberation Army, the armed wing of OLF-SG, are still active in parts of Western Oromia and Guji areas in southern Ethiopia.

Today’s signing comes in the backdrop of reports of the killing of six people On Monday this week in western Oromia by a hand grande thrown at members of Ethiopian defense forces, according to a report on BBC Afaan Oromo.

As is the case form most incidents in the past the exact circumstances of the death of the six people are not established. Local authorities tell the BBC Afaan Oromo that the deceased were community members who were caught in a crossfire when OLA members attacked the federal defense forces by throwing the hand grenade whereas residents said the six people died when the federal army took a counterattack measure against OLA.

The signing of today’s agreement means the federal government is likely to step up efforts to militarily deal with armed groups still active in western and southern parts of the country and are largely accused of being OLA members. AS

News: EU adopts close to €100 m to support Horn of Africa's most vulnerable people, including in Ethiopia