At least six people are known to have died yesterday in different parts of the region: three in Ambo, two in Adama, and one in Hamaresa, in west, central and east Oromia regional state respectively.

According to Commander Diriba Alemayehu, a police officer in Adama who spoke to Addis Standard by phone, more than 40 people were also wounded in Adama during the protest yesterday and more than 20 private business properties were damaged, including more than 13 private and commercial cars. Damages also included Africa Flour Factory PLC, and Brothers Biscuit Factory.

Road blockages have also happened today in various spots in Shashemene city, in west Arsi Zone, according to a senior security officer in the city. “The situation is tense and security forces are told to stand by for possible violent confrontations between different groups,” the office told Addis Standard by phone.

Here in the capital Addis Abeba, confrontations between groups supporting Jawar Mohammed and those opposing him have occurred in at least three places this morning, as confirmed by Addis Standard: in Bole Bulbulla, in the south western outskirt, Kotebe area in the northern outskirt and Kara Qore area in western part of the city. Several city and federal police officers are deployed in most part of the city as the situation remains tense.

The protests and confrontations continued today although statements calling for calm were issued yesterday by Oromia regional state and Oromia Police. In his televised statement, Shimelis Abdissa, vice president of the regional state, said the attempt to remove Jawar Mohammed’s security was “unacceptable” and will be investigated. Those responsible for it will also be held to account.

Similarly, the Oromia Police said in a statement that the incident happened due to lack of coordination but was also deliberately exacerbated by those with motifs to distabilize the region and the country.

Addis Standard learned that there is an ongoing talk between Jawar and authorities from the regional state, including Lemma Megerssa. The Central Committee of the Oromo Democratic Party (ODP) held an emergency meeting yesterday before the statements by Shimelis Abdissa and Oromia police were released. In the absence of the party chairman, Prime Minister Abiy Ahmed, who is currently in Sochi, Russia, the CC meeting was chaired by his deputy Lemma Megerssa.

A short while ago, Jawar posted in his Facebook message that “elders and political [leaders] will have press conference to calm the situation today at 1:30 at my residence.” AS 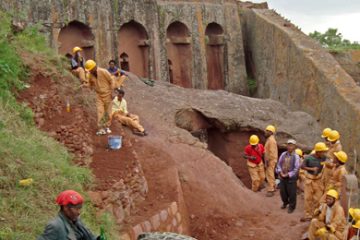