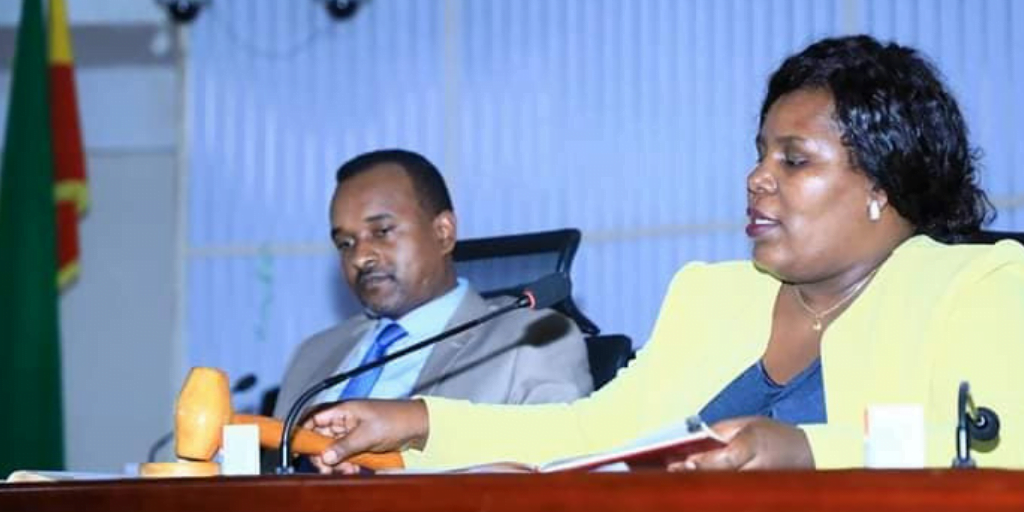 Opinion: The Sidama quest for self rule is ripe, smearing it is ineffective

Addis Abeba, February 18/2019 – With the coming of prime minister Abiy Ahmed and his reformist agenda, a political change has been sweeping Ethiopia like never before. PM Abiy has introduced significant transformation and his reform initiatives have been gathering pace. Optimism is high in various parts of the country challenging the hitherto incompetent and impotent bureaucracy. Nonetheless, there have been visible backlashes that have challenged, and in some cases dashed, the vistas of hope and good intentions of the new prime minister.

Part of these is the fresh effort to dash the hopes of millions b framing and re-framing of the decades old Sidama question by none other than some mainstream media in no apparent difference with what we see on social media. It is becoming clear that the rising news tide seems anathema to anything and everything about the historic and constitutional facts of the quest for self-rule by the Sidama people. Some of these re-framing have taken a worrying point that ethnic prejudices and hate is stocked and fomented by the lies coming from these mainstream media as much as the lies from the dungeons of social media. Unfortunately, such enfranchisement and opacity of hate and lies are gaining traction among many who simply opt to go for sensationalized reporting.

The case against the Sidama quest

Ever since he Sidama quest for regional status regained pace after a two persistent struggle particularly for the past two decades, we are witnessing a rising push back assisted by reporting on mainstream media and campaign on social media. The progress is confronted with visages of offense and suspicion while its advocates are chastised as nothing but ‘ethnic entrepreneurs’ and the demand dubbed as political apostasy.

I do believe that if there are any legitimate merit based arguments that do not contradict the ultimate law of the land (the FDRE constitution) they should be brought to the open for a civilized debate and weighed in. As Socrates once said, “When the debate is lost, slander becomes the tool of the loser.”

If we can have the room for such civilized debates and reflections on the question of the Sidama people, I posit, in purview of the Ethiopian constitution, there are no logical, historical, moral, anthropological, or sociological grounds to debate against the Sidama cause.

After the change of government in 1991, the constitution used ethnicity as a tool for administrative engineering in the context of the process of state building. The constitutionality and the legality of the Sidama question does not need a celestial revelation; anyone who is versed with the basics of the Ethiopian constitution can comprehend it.

However, it is becoming apparent that the delay and/or denial of this constitutional demand for self-rule is a mockery of the constitution itself. After two decades of disciplined, and yet sustained efforts for self-administration, the process is ripe; gone are the times when the question is left for a juggler and a fortune-teller; it has been a product of a long overdue of justice.

A history of struggle

To give perspective, the Sidama consider their quest for regional status and self-rule as part of a continuum of a long struggle of recognition and self-rule under the leadership of various people such as: Balicha Worawo, Alito Hewano, Fissa Ficho, Takilu Yota and Wolde Amanuel Dubale, to the youth who had been murdered in daylight in Hawassa in 2002 in a brutal massacre known today as the “loqqe massacre, to the 2005 and the various struggles of the youth up until now.

The most organized resistance movement was staged under the valiant leadership of the late Wolde Amanuel Dubale (Duguna Dubale) who at the height of the resistance had tens of thousands of soldiers who were operating from Somalia under the umbrella of Sidama Liberation Movement (SLM). The movement had started in 1978 GC when Wolde Amanuel (Duguna) and his followers took up arms against the Derg regime. Since then their resistance movement has been going on in different forms. Thus, the Sidama quest for recognition and self-rule is not a trendy question that popped up in post 1991 Ethiopia; rather it is an age old question that has surpassed the tenures of various governments and generations.

Fast-forward, the Sidama Zonal council on its special meeting held on July 18, 2018 and based on both the FDRE constitution and the 1994 revised Southern Nations Nationalities and People’s Regional State Constitution, unanimously voted to have their own regional state. After discussing the issue, the SNNPRS on its 5th round, 8th regular meeting held on November 2, 2018 and in compliance (again) with the FDRE constitution and the regional constitution, gave a direction to hold a referendum. The letter sent to the Ethiopian National Election Board on December 21, 2018 by the Southern regional government has a subject which reads ‘Asking to organize a referendum.’

However, the inaction and the deafening silence of the Election board to execute its constitutional duty so far is creating tension among the Sidama people on the ground. Most importantly, it is also feeding into the uncertainty, leaving the age old constitutional demand of the Sidama people vulnerable to the current dangerous blackmailing by the emerging mainstream and social media.

There is more resistance than pragmatism

Pragmatically speaking, the Sidama quest for a regional status and the unanimous approval by the zonal and regional state councils could be a challenge for the SNNPRS. The challenge could come in various ways such as restructuring itself without the Sidama and the potential of other zones to follow suit. In fact, a couple of zones have already asked for their own regional status recently. So the potential of the southern region being fragmented is there. But this shows how the SNNPR has been put together administratively without the consent of the very people and the vulnerabilities of this arrangement to last long. That does not, however, mean that the diverse ethnic groups in the region have not lived in coherence prior to the creation of the region.

But there is more push back to the Sidama quest than the concern for pragmatism. Some are arguing against it on the basis of protecting the dismemberment of the unity of the SNNPRS. However, the merit of the Sidama quest should not get approval or disapproval based on what others think are potential reasons of dismemberment. After all, unity is consent. Moreover, the whole facade of the south unity does not hold up to the scrutiny of the historic demands of the Sidama people for self-administration and its constitutional enforcement; our quest is not a quest of dismembering a region or a country. Gagging it by invoking the structural unity is a travesty of justice and honesty.

The Sidama people have never been against unity and demanding for self-rule should not be framed as a contravention against unity. Our question is a question of justice, a question of being constitutional; it is a moral question as much as it is a legal one; most importantly it is a historical question. As such smearing it with organized media campaigns will not erase the existence of the question, nor should it deter the progress registered so far. It is simply ineffective. AS