Elias A. Kebede
The modern history of what is now known as the “Ethiopian hospitality industry” dates back to more than 100 years with the opening in 1895 of Taitu Hotel, the first hotel in Addis Abeba (previ¬ously Finfinee) by Empress Taitu. Located in the heart of the old city – Piassa, the hotel still bears the same name, and it is in a fairly acceptable con¬dition considering its age.
Although Addis Abeba is experiencing the opening on average of one hotel per month, ac¬cording data from the Addis Abeba Hotel Owners Trade Sectorial Association (an indication that the industry has attracted the authorities’ and the developers’ due attention) the exist¬ing sector is marked by four fundamental problems that need a thorough fix: unmet demand, poor hos¬pitality, unpractical building technicali¬ties and an overrated price.
Unmet demand
It is a cliché to state the obvious that today Addis Abeba is home to numerous UN offices, including the UN Econom¬ic Commission for Africa (UNECA), countless international companies and NGOs. The city is also dotted by the more than 100 diplomatic mis¬sions accredited to the government in Ethiopia, the UNECA, and, of course, the African Union (AU), which is headquartered in Addis Abeba.
But for all that, and more than 100 years later, out of the more than 80 hotels in and around the city only three are international chain hotels and only six are internationally branded. This is in a city that hosts one (sometimes two) African heads of state and government summit every year, and is a gateway to hundreds of thousands of inter¬national inbound, outbound and transit tourists and passengers. (Please see cover story on p. 10).

Poor hospitality
Decent hospitality starts at every Ethiopian home. It is embedded in the very fabric of the Ethiopian culture: Ethiopians are hospitable by nature. We like visitors; we are very anxious about making visitors in our home happy; we are trained by our parents and guardians to be nice and kind to all, including strangers; we open our doors to strangers and travelers so they can spend a night and share our food; we even go as far as packing food for those travel¬ing or passing through our village. That is the traditional and the cultural identity of many who call Ethiopia home – truly hospitable! But what that failed to translate into is when it comes to running a business, most importantly a hotel business.
A deeper look at the hospitality trend inside many of the hotels in Ethiopia reveals that em-ployees are the weakest links. Most develop¬ers are either ignorant about the difference a trained and disciplined human resource makes to run a hotel or are unwilling to invest in their employees. A popular satire has it that most of the hotels in Addis Abeba are “China” oriented, but just as far as their furniture fixtures are con¬cerned.
When it comes to running a hotel business there are too many practical details that define being a host than mere traditional or cultural niceties. For many it starts with the lack of communication skill and goes all the way to how practical housekeeping should be. It is not uncommon to see hotel employees making hotel problems become guest problems – be it about an out-of-order bathroom, a dysfunctional elec¬tric plugs or a broken Point of Sale machine.
Much of this is attributed to two interdepen¬dent glitches: the nature of employment many hotel developers follow and lack of proper hos¬pitality training institutions. In the case of the former, local hotel employers often follow the rules of kinship, religious and ethnic affiliations than that of merit. Lack of proper training institution hugely contributes to this.
Elementary manner in housekeeping departments of many hotels, for example, is non-existent, especially during the practical trials or “live” training sessions. Many developers assume that the housekeeping staff is like the traditional “housemaid” that should be confined to one living room, one bedroom and a bathroom. “Housekeeping” is not considered a profession. A hotel without the right manpower to run it is just a nice looking hotel with sub-standard service that will subject precious customers to one bad service to talk about to others for many years. Comfort is linked to the emotional state of any given guest and it is unfortunate that many ho¬tels in our fair city fail to live up to this expectation.

The major problem towering the Ethiopian hotel indus¬try, infant as the industry is, begins from elementary details developers prefer to avoid, such as architectural looks. It is not enough that buildings rise high, or are located within five minutes drive from the airport. Many of the new hotels in the city have issues with the simple things without which ho¬tel developers elsewhere wouldn’t even consider calling it a hotel– these include, but not limited to, having no proper fire exits, converting buildings built for entirely different purpos¬es because the market is there, having no accessibility to peo¬ple with physical disabilities, and lack of sufficient parking.

Little is understood by domestic developers that the most important element in owning a hotel is not the building itself or the number of rooms inside to satisfy the demand; nor, for that matter, how high the buildings rise, but the practical details that customers need so badly like a functioning bath¬room and uniform electrical appliances, to mention but two. The issue of adequate parking (although it’s also linked to the city administration’s way of allocating land and enforcing regulations), is one of the biggest problems customers are expected to sort out. Having the right location? Well that is almost a luxury. It is acceptable to everyone that hotel build¬ings can pop up almost everywhere – in the middle of mar¬kets, next to schools, next to churches and mosques, and in the middle of residential neighborhoods. The only criterion seems to be the availability of a plot of land. The rest is not history, but the customers’ problem.
Overrated price
Anyone who stays in one of the many self-rated hotels in Addis Abeba leaves with one thing to remember these hotels by: eye watering bills. True, there is a huge demand which leaves desperate customers with no or little choice. Demand may be one aspect, but it should not be the single most im¬portant aspect to decide what an Average Daily Rate (ADR) should be. Whenever there is a big meeting happening in the city hotels, B&B inns and specialty lodging rates simply tri¬ple. More often than not, officials at the Ethiopian Ministry of Foreign Affairs summon hotel owners just to plead with them not to over exploit their customers. But what happens on the ground is far from the agreements and discussions be¬tween the ministry and hotel owners.
Many things go wrong when rates are driven not by the quality of service and amenities of these establishments but by the supply and demand gap. True, in a country like Ethio¬pia, which claims to have a free market economy, there should be no authority to enforce ADR caps. But that should not nec¬essarily mean that hotels in the city must treat their custom¬ers as one-time off customers who should pay a one-time off outrageous prices for services not worth the half of the price.
A few international chain and many local hotels will go op¬erational within the coming two to three years. That is good news and will surely minimize the pressure of demand and demand-driven overrated prices. As the venue for countless international and continental conferences and a destination for growing numbers of tourists and transit passengers ho¬tel owners in Ethiopia have the advantage to show a service delivery that exceeds the expectations of customers. Along with that, however, should come tackling the issue of poor hospitably. To be fair, there are local establishments that are trying their best in fixing most of these problems. They need to be encouraged. Of the three international hotel chains in the city, the Sheraton Addis is providing service quality that matches its rate as a five-star hotel, and the Radisson Blu is known for its impeccable customer-oriented services. Other local establishments have a lot to learn from both; with nat¬urally embedded hospitality culture it takes little to be the best customers need. Of looks and technical details of ho¬tel buildings, Ethiopian hotel developers must learn that the small practical details are what matter most to customers; it is unacceptable that hotel rooms that cost on average US$ 100 are fitted with non-functioning electrical appliances.  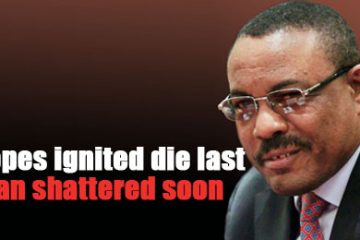