“Bad governance is an equal sharing of misery.” –Shiv Khera

Too often, oppressors in unjust, repressive, unaccountable and undemocratic governance systems seem to be trapped in a mental delusion that they would gain at the expense of the oppressed. This is a gross misconception since the very act of dehumanizing a fellow human being necessarily entails the robbing of humanity both from the oppressors as well as the oppressed. Generally speaking, an oppressive social system is an all-loosing game where no one would stand to gain. A telling example for the final fate of an oppressive system would be the current on-going civil war ravaging almost all the Syrian people indiscriminately.

The need for a total transformation of an oppressive system had been underlined by the late Paulo Ferrire–the greatest educationalist of the 20th century–in his book ‘Pedagogy of the Oppressed’. Ferrire argued true liberation is not a matter of taking turns in oppression whereby yesterday’s oppressed become today’s new oppressors and vice versa. As a matter of necessity, true liberation should bestow freedom onto all–both oppressors and oppressed as well–by bringing annihilation to the unjust system of oppression and repression from the political scene.

Basing their analysis on historical and contemporary cases (such as Hitler’s and Gadafi’s regimes and other dictatorial governments), social critiques maintain that the underlying forces  which propel bad governance are a complex set of emotional and psycho-social pathologies that grip mainly the mental faculties of dictators and their henchmen.

Among the psychological tyrannies which distort the personality and world views of oppressors are, among others, superiority complex, or inferiority complex (which they strive to make up through the artificial ego-boosters of power, wealth and status), fear, greed, stereotyping and prejudice, mistrust of others, hatred, contemptuous attitude, grievance, remorse and vengefulness.

These negative emotions are bound to turn oppressors into persons devoid of compassion and sympathy, insensitive to others’ suffering and highly aggressive which would eventually lead them to commit acts of oppression and repression in general and extreme violence and cruelty against their perceived “enemies” in particular.

In describing the insanity of bad governance, the well-reputed Indian author Shiv Khera wrote:  “An irresponsible government is blind to the discontent of its people. Like a mad bull it attacks anyone who dares to stand on its path.”

The principal tools readily used by oppressors to impose their will on the passive masses are brutal physical force and a fully monopolized media.

The greatest ability of their propaganda machinery lies in playing and manipulating with people’s emotions–a sort of “sensational rule”. In this regard, the media carry out two major functions:  undertaking a “destructive” campaign ( by broadcasting some alien and sometimes unethical  “entertainment” programs and deafening people with white lies, empty propaganda and trivial issues, all of which in the final resort make the media recipients more confused, politically desensitized, submissive, uncritical and solely receptive citizens.

Another fairly common strategy improvised by oppressive regimes to keep their repressive system up and running is by vigorously maintaining the “culture of fear”.  In order to implant fear, conflict and confusion among the masses, the relevant government organs fabricate “artificial” enemies when “real” enemies apparently do not exist. Adolph Hitler wrote in his autobiography, “In order to remain in power, create fictions enemies if you have to, and show that your country is in danger. It scares people and when people are afraid, it is easy to keep them enslaved.”

Oppressive regimes are also notorious for their brutal and repressive acts against independent press and authentic civic communities. This is no surprising since free circulation of ideas and dialogue, and organization of citizens would yield fairly enlightened and appropriately empowered citizens competent enough to stand for their rights, monitor the courses of actions of the government, and elect the right and responsible leaders, which all go against the wishes of oppressors.

Bad governance always aspires to enslave humanity and destroy freedom. It accomplishes this objective by enacting draconian rules and laws which get in the ways of the growth and flowering of autonomous civic communities. In doing so, it destroys the very foundation of democracy and deprives it of its raison-d’etre, for civil societies are believed to produce and distribute important social values such as responsibility, authority, loyalty, justice and caring which serve as the bedrock of democracy.

It goes without saying that the natural outcome born out of the rule of bad governance are a multitude of social ills that pervade the lives of people which include, among others, abject poverty, widespread corruption, inequality, injustice, humiliation, loss of freedom, liberty and dignity, hopelessness, desperation, deep social divisions and civil conflicts.

For politics to be of any utility to humanity, it is high time that we scrap away the outmoded, divisive and dehumanizing Machiavellian conception of politics which regards politics at best as a vocation in which only the mischievous, the cruel and the crooked survive and thrive.

In order to serve its higher purpose, politics as we know it desperately needs to be humanized. This is all predicated in liberation of mind from negative psychological bondage and the incorporation of such positive human values as forgiveness, truth, love, humility, trust, hope, enlightenment and critical thinking (a constant search in acknowledgement of people’s incompleteness) in the realm of politics which are bound to lubricate the political machinery and render it a human face that lay the foundation for sustainable human, social and economic progress.

As cases in point, for instance, forgiveness implies empathy and compassion, fairness and justice based on the premise that nobody is perfect and we are all humans and make mistakes which paves the way for mutual understanding, conciliation, cooperation and solidarity. Enlightenment in its part reproduces more conscious and critical citizens. The more enlightened citizens are the stronger, more confident and assertive they become. As the Eastern wisdom has it, ‘enlightened citizens are easier to be led, but harder to be ruled’.

Let me conclude today’s piece by quoting a saying which I feel reaffirms the importance of a humanistic, compassionate, sympathetic and empathetic politics: “Bigger hearts are better than swollen heads.” –Anonymous. 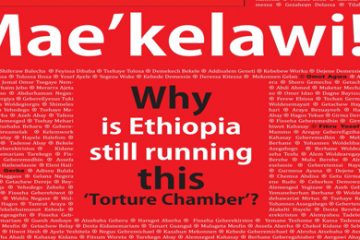