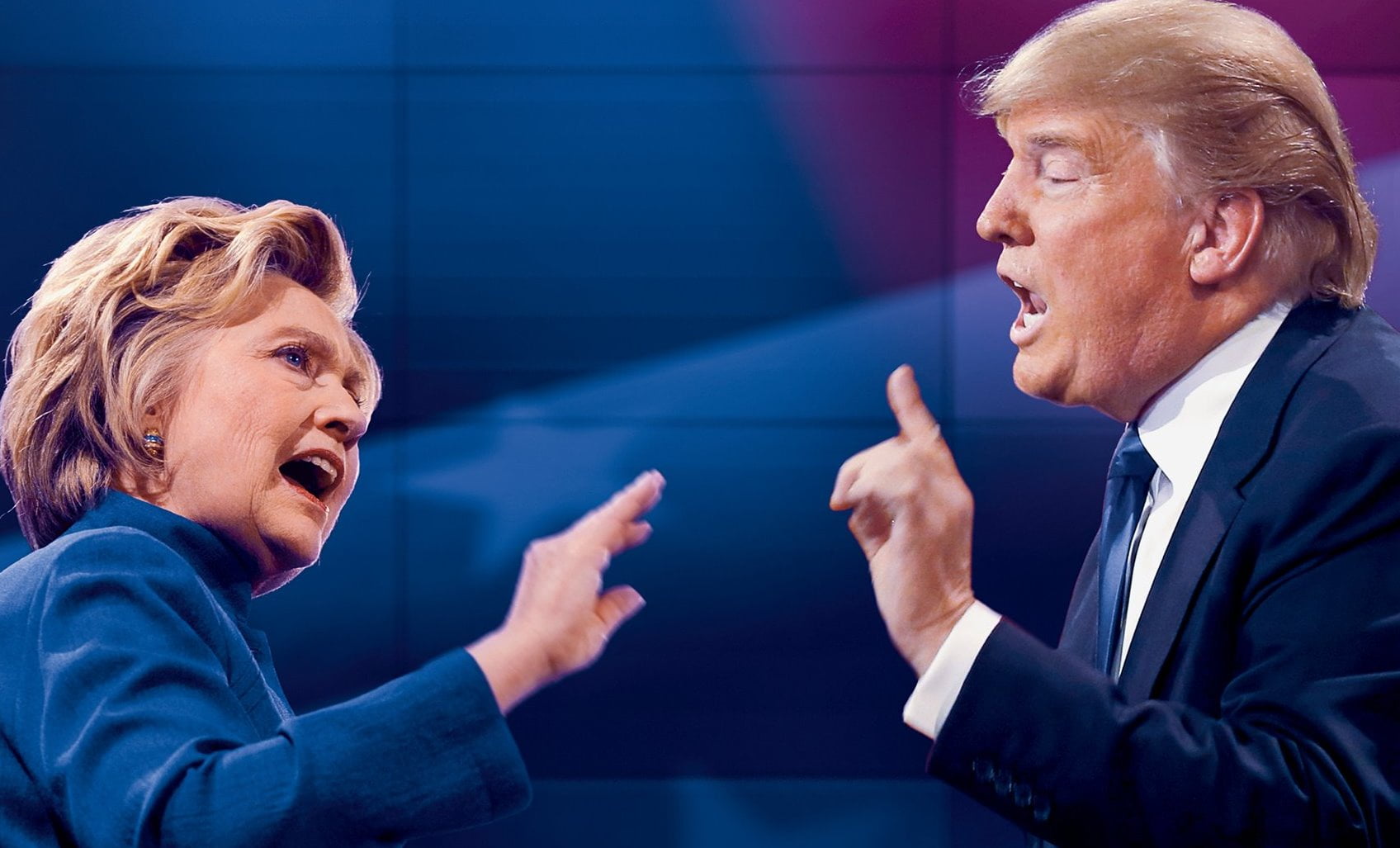 “One of Mr. Lichtman’s “Keys to the White House” is the charisma of both the incumbent and challenging party’s candidate.  Mr. Trump has changed and defied the rules of conventional Presidential politics but remains disliked by many.  Mrs. Clinton, never charismatic, is also disliked.  Perhaps Mr. Licthman could add another key to his winning formula: who is disliked the least”, From our correspondent Tomas Mega in Las Vegas, Nevada

Donald Trump will be the next President of the United States.

That’s what Alan Lichtman, a distinguished professor of history at American University in Washington, D. C., forecasted in May of this year.  Mr. Lichtman’s predictions carry some weight:   He began predicting the outcome of Presidential elections thirty years ago, and has never been wrong.  His methodology isn’t random or undisciplined.  He utilizes a system of true/false statement analysis, what he refers to as his “Keys to the White House,” to determine his predicted winner.

Based on the latest national and state polling data, Mr. Licthman may keep his perfect record intact.  In many of the “toss-up” states, the race between Donald Trump and Hillary Clinton is a dead heat.  A Republican has never won the Presidency without winning the state of Ohio and Mr. Trump is enjoying a slim lead there.  Depending on whose poll you analyze on any given day, either candidate may be winning in key states such as Florida, North Carolina and Pennsylvania.

This election has always been Hillary Clinton’s to win or lose.  She seems determined to self-destruct and that tendency has hindered her more than Mr. Trump’s circus-like insults, bad tempered instincts, foul-mouthed comments and multiple accusations that he is a serial ‘groper.’  For an experienced politician, some of Mrs. Clinton’s comments have been jaw dropping.  In the coal mining state of West Virginia, Mrs. Clinton said, “We’re going to put a lot of coal miners and coal companies out of business.”  That may have made environmentalists gleeful, but it’s dumb politics when you are struggling with a historically Democratic leaning group such as white working men, especially when you are competing against an opponent who says he will “Make America Great Again.”  Even a novice politician could have found a better way to deliver the message.  Her comment that half of Mr. Trump’s supporters could be put in a ‘basket of deplorables,’ wasn’t any better.  It may not be fair that Mr. Trump can get away with saying anything, but that’s what you’re up against, so adjust, Mrs. Clinton.  It is what it is.

Despite Mr. Trump’s many miss-steps, it is Mrs. Clinton battling for her political life.  Months ago, awkward testimony from FBI Director James Comey regarding Mrs. Clinton’s emails saw her polling lead erode.  On October 28th, Mr. Comey dropped another bombshell relating to Mrs. Clinton’s emails and it has Republicans elated.  They are pouncing on the announcement that the FBI recently discovered more emails that are pertinent to the concluded investigation into whether Mrs. Clinton mishandled classified information using a private server.  News outlets are reporting that the emails were found on disgraced former New York representative Anthony Wiener’s electronic devices.  Mr. Wiener is being investigated for ‘sexting’ messages he allegedly sent to a fifteen-year-old girl.  Mr. Wiener has become a migraine headache that won’t go away for Mrs. Clinton.  Embroiled in multiple sex scandals, his estranged wife, Huma Abedin, has been a long-time top aide to Mrs. Clinton.  Why Mrs. Clinton has kept Ms. Abedin around for so long is anyone’s guess.  The tangled relationship, and apparent loyalty, is proving politically noxious to her.

By any rational measure, Mrs. Clinton won the three televised debates with Mr. Trump.  Undecided voters hoped the three debates would provide compelling reasons to vote for one over the other.  Give Mrs. Clinton the edge.  She was thoroughly prepared, coached, and in command of her subjects.  She came across as equipped to lead America and delivered her message coherently.  She smiled, was at ease, appeared energetic and healthy and kept the barking to a minimum.  Mrs. Clinton desperately needs undecided voters to swing to her side, and she did little harm in that regard.

In the first debate Mr. Trump was poorly prepared, at times insecure, and could only counter-punch his way back with the same ‘attack dog’ rhetoric that lacked any substantive ideas beyond the bark.  The bombastic reality television star who knifed his way through multiple Republican primary debates and candidates was left looking like an amateur.

Mr. Trump improved his performance in the next two debates, but marginally.  His supporters hoped he would have eviscerated Mrs. Clinton.  Forget about substance or specifics; Mr. Trump isn’t the Republican nominee because he’s a policy wonk.  He’s a reality television star, and that’s what they wanted.  They would have been ecstatic with a few disruptive choruses of “Lock her up!”  but audiences were asked to behave themselves.  What Trump supporters got was an unprepared, clumsy candidate who launched a few brooding angry barks and not much else.  They believe he won all three debates, blaming everyone from debate moderators, a bad microphone, corrupt media and whatever else they can concoct for Mr. Trump’s sloppy performance.  It’s inexcusable, yet it’s what we’ve come to expect from Mr. Trump and his base supporters; it’s always someone else’s fault, don’t ever take responsibility for your bad actions.  No matter, because less than two weeks from Election Day, the race is as close as it has ever been.

Mrs. Clinton’s debate performance hasn’t done much to propel her beyond single digit leads in the polls.  Republicans hope the FBI’s latest announcement will propel voters who just cannot bring themselves to vote for Mr. Trump to decide that they have had enough of Mrs. Clinton.  They don’t like either candidate, but may decide that ‘Hillary fatigue’ is just too much to bear and want her to go away forever.  Hours after the FBI announcement, Paul Ryan, Speaker of the House of Representatives, launched a blistering attack on why Mrs. Clinton cannot be trusted.  “These documents demonstrate Hillary Clinton’s reckless and downright dangerous handling of classified information during her tenure as secretary of state.  This is exactly why I have called for her to be denied access to classified information,” Mr. Ryan said.  He has been a half-hearted supporter of Mr. Trump and the two have sparred repeatedly, but he is taking the initiative to move reticent Republicans to decide that Mr. Trump is a better choice.

Republicans have been hoping for a late surge of good news.  There is concern that Mr. Trump could negatively affect Republican candidates who are running for Senate and House of Representative seats.  It is unlikely that Republicans would lose control of the House of Representatives, but Democrats only need a net gain of five seats in the U.S. Senate to gain an outright majority. Some of that good news has come in the form of hacked wiki-leaks emails, rising poll numbers for Mr. Trump, and now, just days before the election, the FBI’s announcement.  The choruses of “Lock her up!” may again dominate the campaign in its closing days.  It is all very bad news for Mrs. Clinton and Democrats.

One of Mr. Lichtman’s “Keys to the White House” is the charisma of both the incumbent and challenging party’s candidate.  Mr. Trump has changed and defied the rules of conventional Presidential politics but remains disliked by many.  Mrs. Clinton, never charismatic, is also disliked.  Perhaps Mr. Licthman could add another key to his winning formula: who is disliked the least.