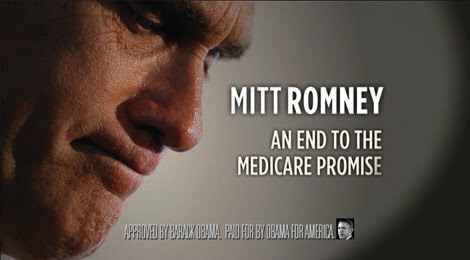 Forty two years ago, Vice President Spiro Agnew used the phrase “Nattering nabobs of negativism” to describe his view of the American media.  In the final days of this election year, the notorious nabobs are still at it, but they are not the media.  They are the candidates, and their Super Pac financial supporters who have spent countless millions on political attack ads.
For months, the tsunami of negative advertising has echoed across television and radio, from Boston to Berkeley, even more so than in critical swing states. In Nevada, as well as other states, those of us brave enough to switch on our televisions are subjected to shameful suggestions that a woman died when her husband lost his health insurance through the actions of Bain Capital, which Mitt Romney managed, to fictitious claims that Obama has waived the work requirements of the 1996 Welfare Reform Act.
Do politicians really think we will make decisions based on outrageous negative attack advertising?  Do they think we are so intellectually weak that we will believe this rubbish without the most elementary of fact checking? Are they correct in assuming we would rather vote against someone then vote for someone, which is what negative ads ask us to do? Apparently so.
Despite many Americans professing that they don’t like negative political advertising, we get more of it rather than less. And it isn’t new.  In the election of 1800, President John Adams accused Thomas Jefferson, the principle author of the Declaration of Independence, of being “a mean-spirited, low-lived fellow, the son of a half-breed Indian squaw, sired by a Virginia mulatto father.”  Ouch!   Negative ads tend to work because hearing ‘the dirt’ on someone is more unforgettable. Think of yourself – we tend to remember more about someone who has insulted us versus someone who has praised us, and it winds us up.
The tactic is endemic in the competitive ‘winner take all’ world of politics. Yet, in the equally competitive, profit driven world of business, such attack ads are almost non-existent.  When Toyota suffered through massive and costly recalls of its electric hybrid Prius vehicle for faulty acceleration, Nissan, Ford, Honda or any other manufacturer didn’t take to the airwaves and proclaim, “Drive a Prius, and you might be killed!”  Businesses tend to believe that such ravaging of their competitors would say far more about their own character than the products of their challengers, and that would displease current and future customers.  Politicians don’t have such character worries. And voters don’t seem to mind.
So what is a voter to do in such a sea of slime television advertising?  There are choices. For the politically polarised, the more dirt on either candidate, the better. For the more thoughtful, you’ll fact check this nonsense, and make an informed judgement.  If you no longer can bear any of it, press the ‘mute’ button on your remote control, and wait until the October debates.
Now that the masquerades that both parties call ‘national conventions’ are over, we are left with a new onslaught of negative advertising to test our intelligence, or ignorance. Fortunately, Romney’s recent gaffe, caught on a hidden camera, stating that 47% of the population is hooked on government handouts, has proved a worthy diversion to attack ads.  It is apparently acceptable for Presidential candidates to maintain off-shore bank accounts to avoid paying taxes, while at the same time criticising low income Americans on the size of their tax bill.  And many Americans are still scratching their heads coming to terms with the message of Democrats at their convention, which seems to go something like this:  be more optimistic about your pessimism.
Indeed, all of this is quality entertainment.
Sadly, there are many voters who are as ignorant as our politicians think. If not, millions of dollars wouldn’t be spent on this rubbish. There are others who view this as the nonsense it is, and await the October debates, where a serious gaffe, dither or weakness could doom either candidate.  With the race as close as it is, these debates may be the most important in modern American history.
But before the debates, I need to get to the electronics store.  I’ve managed to break my ‘mute’ button.