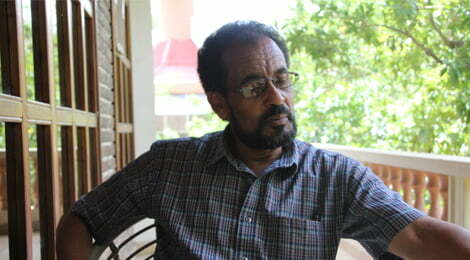 Prosecutors have today charged 22 individuals, including prominent opposition member Bekele Gerba (pictured), first secretary general of the opposition Oromo Federalist Congress (OFC), with various articles of Ethiopia’s much criticized Anti Terrorism Proclamation (ATP). Addis Standard could not obtain details of the charges as of yet.

However, charges include, but not limited to, alleged membership of the banned Oromo Liberation Front (OLF), public incitement, encouraging violence, as well as causing the death of innocent civilians and property destructions in cities such as Ambo and Adama, 120km west and 100km east of Addis Abeba during the recent Oromo protests in Ethiopia.

As per the decision during the last hearing, defendants were expected to appear at the Arada First Instance Court this afternoon, but were instead taken to the Federal High Court 19th criminal bench this morning. The court adjourned the next hearing until Tuesday April 26th.

The defendants that include a Kenyan citizen were all arrested between November and December 2015, shortly after the start (and in connection with) Oromo protests in November that gripped the nation for the next five months. Defendants also include several members of OFC, students and civil servants who came from various parts of the Oromia regional state. Except for the one Kenyan, whose name Addis Standard couldn’t obtain as of yet, all of the defendants came from Addis Abeba and various cities and towns within the Oromia regional state, the largest of the nine regional states in Ethiopia.

Although Bekele Gerba et.al were represented by lawyer Wondmu Ebbissa during the last five court appearances that took place at the Arada First Instance Court, today’s hearing in which the charges were read to the defendants happened with neither Wondmu nor any public defendant present, the reason why the court adjourned the next appearance until Tuesday April 26th. The next hearing is also scheduled to help six of the 22 defendants who spoke only in Afaan Oromo to come up with interpreters.

The court also ordered the police to relocate defendants from the notorious Ma’ekelawi detention center to prison facilities under the Addis Abeba Prison Authority. During the last hearing on March 18th, Bekele Gerba made an emotional appeal to the court revealing he and the 21 others with him were kept inhumanly in a cell the size of 4 X 5m that included a toilet and beds for all. “To be imprisoned is nothing new”, Bekele was quoted by his lawyer as telling the court, “but there is almost no country in the world which violates your basic rights while one is under police custody. I have never seen a government as cruel as the government in Ethiopia.”

In January Bekele Gerba et al went on a hunger strike protesting against inhuman treatments in the hands of the police including denial of family visits at Ma’ekelawi. Sever tortures against the defendants were reported in the same month.

Bekele Gerba, who is the fourth defendant (and a high profile defendant of all), was arrested on Dec. 23 2015.  His arrest is the second time since 2011, during which he was sentenced to eight years in prison suspected of allegedly belonging to the banned Oromo Liberation Front (OLF). He spent almost four of the eight years before he was freed in April 2015. In a May 2015 interview with Addis Standard, Bekele Gerba, known for his outspoken criticism of widespread injustices in Ethiopia, said prison was “not a place one appreciates to be. But I think it is also the other way of life as an Ethiopian; unfortunately it has  become the fate of many of our people.”

From Survivance all the Way to Reconstruction: The Oromo Pursuit of Equaliberty