For Addis Standard via The Brenthurst Foundation

Addis Abeba, March 19/2020 – The full health consequences of the Covid-19 pandemic are yet to be calculated. Which is not to say we should diminish the extent of previous catastrophes. The Great War of 1914-18 cost, lest we forget, 40 million lives, or 2,5% of the 1914 world population. This trauma was followed, within a generation, by twice the number of deaths in the Second World War, or 4% of the total population in 1939. The Spanish ‘flu epidemic which followed the Great War, the deadliest in history, cost an estimated 50 million deaths, or 3.3% of the population, and infected perhaps ten times this number.

The difference today is both in the rapidity of the spread of Covid-19, reflecting our changes to technology, trade and transport over the last century, and the media context in which this is occurring.

Despite the dip in global trade caused by the wars of 1914 and 1939 and the Cold War, world exports as a proportion of GDP are today 40 times larger (in constant values) than the 1913 figure.

The speed of communications is astounding. Between 1914 and 1918 some 80 million telegraphic messages passed through the hands of censors. In 2017 people sent 23 billion text messages each day, American students spending on average more than an hour and a half a day texting. Information spreads faster than ever, which means that more people know about the disease and how to reduce its impact. But panic also spreads faster, sometimes accelerated by fake news, making it harder for leaders to stay focused on what must be done to mitigate its effects.

Trade and technology have fundamentally changed the world economy.

This is especially important to developing economies, which lifted their share of world exports from one-third to half of global trade in just 30 years from 1980. Integration with world markets richer than their own has been a crucial aspect especially of the Asian development story. As supply chains have developed, world trade has consistently grown nearly twice as fast as production.

A billion people have, as a consequence, been lifted out of poverty in just a single generation.

Thus, the correct tactical response to Covid-19 has been to isolate and slow the pace of infection, allowing time to build immunity, to reduce the stress on public resources, and hopefully to develop a vaccine.

But it is critical that leadership, and their populations, don’t take the wrong long-term message from this. It is important not to double-down on isolation. Don’t use this opportunity to wriggle out of overdue economic reforms.

Herein lies a great danger, perhaps graver than Covid-19 itself: the collapse of our economies, mortally wounded by a world feeding on its fears, turning in on itself to the exclusion of others.

Our citizens are increasingly self-employed, though the balance of reforms is politically tilted towards the public sector. It is crucial that small businesses don’t go under in the short-term, worsening the effects of the disease. Governments have a responsibility to act now to stem what could become a jobs catastrophe as businesses close doors due to dwindling cash flow. Many developing economies, and especially those in Africa, have few resources to enable a soft landing.

It is crucial that the world’s leaders recognize that disease knows no boundaries, that this is not someone else’s problem, somewhere else.

And if the longer-term effects of this crisis are to be mitigated, now is the time to focus on how to develop sustainable economic growth and employment.

The correct global response is to make it easier for businesses to invest and hire, to radically reduce tariffs and other barriers to international trade. We must democratize access to technology. We should strengthen multilateral responses. We are all in this together.

Countries that have been more open have generally fared better in development. This is the lesson not only from Asia’s successful export-driven growth model, which has spurred competitiveness to the benefit of domestic consumers, but also from countries that have liberalized in terms of fundamental rights, democracy and freedoms.

‘Openness’ relates also to a willingness to learn, and to permit and even encourage external influences. This was the fundamental lesson from Japan throughout the Meiji Restoration, which provided the catalyst for the entire region to develop and prosper. Singapore relied heavily on external advisers, and deliberately sought to attract multinational companies, given that they brought with them not only skills, capital and technology, but logistics and ready markets.

We might be experiencing a temporary discontinuation of global integration, prompting us to think carefully about the world we live in and how we limit the spread of negative shocks, similar to the effect of previous financial crises.

The virus may have disrupted global supply chains, led to (temporary) border closures, and for some to question aspects of globalization. But the crisis demonstrates the limits of isolated national responses; its resolution will demand unprecedented levels of international scientific and other collaboration.

Putting people, not politics, first will ensure the conditions for continued prosperity post-Covid-19.

Tip O’Neill, the former speaker of the US House of Representatives, famously declared following his only electoral defeat in 1935 that ‘All politics is local’.

Today, despite the temptation to hunker down and isolate, we need to continue to reform and push for openness and competitiveness. We must act locally, but we need to keep thinking globally. AS 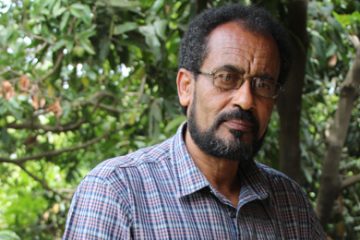