Tomas Mega
Valentine’s Day – a day for us to celebrate those we love, cherish, appreciate and express our thanks for making our lives and ourselves happier because of their presence. It is a day dominated by the sale of flowers, chocolates, jewellery, perfume, romantic greeting cards and even teddy bears. However, on this year’s Valentine’s Day in America, things were different. The day was dominated by, well, male domination! All across the country, it seems men and women were thinking less about Godiva chocolate, red roses or Versace perfume and more about handcuffs, riding crops, leather accessories and rope. That’s because Hollywood, ever mindful of the importance of timing, released the much anticipated film version of the erotic novel “Fifty Shades of Grey” on this Valentine’s Day.

I haven’t seen the movie, yet, but I did read the book. It took me an afternoon, which I thought was rather good for a paperback exceeding 500 pages. Then again, it isn’t James Joyce’s Ulysses. In fact, when I was finished, I couldn’t help but think that I read something like it long ago. Perhaps it was in the 1970’s, as a university student in Boston. In a long forgotten seedy section of downtown Boston, then known as the Combat Zone, my roommate and I, ever-curious young men, stopped at one of the dozens of indiscreet pornographic bookshops that once lined that end of Washington Street. My memory is fuzzy, but I am certain we thumbed through any number of books with a similar theme. Back then, it was called pornography. Today, a major Hollywood motion picture studio has turned it into a much anticipated mainstream film. My, how things change!

Nonetheless, this blockbuster selling book has left me confused. It was written by a British woman, Erika Mitchell, who writes under the pen name E.L. James. Despite the book’s theme of male dominance, female submission, degradation, bondage, and even caning, there has been only muted protest from women on what Anastasia, the female lead character, is subjected to by her tormented male lover. It’s not only the naughty sex, but Christian, the male protagonist, tells Anastasia what to wear, what car to drive, how much to eat, how much to exercise and how much to sleep. He even presents her with a sort of dominance contract, which he wants her to agree to. Christian also makes all of the hard decisions for her so she doesn’t have to. The man always knows what to do when she doesn’t. It’s as if he has declared to Anastasia, “You’re my woman now, you’ll do as I say,” and she responds with a “Geez, that’s fine!”

This guy is the ultimate in bad news, yet we are left with the feeling that Anastasia never gets that point. After their breakup, the book ends with her stating: “The physical pain from the bite of a belt is nothing, nothing compared to this devastation.” OK Ana, whatever you say.

So why all the attraction to the bad boy type? Why has the book been so successful with women? Why has there been such scarce objection by women? What makes this OK? I’m not sure, but I’m not a woman, so I’ll stop trying to figure it out. Maybe some women out there will explain it to me. However, I do have a question: If a man wrote the book, I wonder if the reaction from women would be different. Would women have dismissed the book as nothing more than a pornographic male fantasy of power, subjugation, conquest and female repression? Perhaps we’ll never know, but it is noteworthy, and without coincidence, that the film version is directed by a woman, from the screenplay written by a woman.

Equally confusing to me is the fact that, after reading the book, I felt like I was at an art gallery viewing some highly prized, but mediocre looking, piece of art and saying: “I could have done that!” Well, I didn’t, and neither did you. E. L James did, and she is a fabulously wealthy woman as a result.

Sex sells; and what some might label as ‘out of the ordinary’ sex sells even more. Some very simple arithmetic puts things in perspective: The back cover of the paperback boldly claims, “more than 100 million copies sold worldwide.” At the U.S. paperback price of $15.95 per book, that amounts to one billion, five hundred and ninety-five million dollars ($1,595,000,000.00). We don’t know what percentage of sales Ms. James received, but if she got only a modest ten per cent, she would make one hundred and fifty nine million, five hundred thousand dollars ($159,500,000). Factor in that hardbound version would sell for even more and the amount Universal Pictures paid for the movie rights, and the numbers are simply beyond staggering.

No one should begrudge her. She wrote it and we didn’t. She gave the people what they wanted, and they cannot get enough, so she wrote two more books, making the whole saga into a – ah hum – painful Fifty Shades trilogy. Perhaps her next effort will be to share with us her reason why the book was so successful, particularly among women, and what struggling writers as well as the rest of us can do to duplicate her success. I suggest she title it “Fifty shades of money.”

Hillary Clinton: Too big to fail 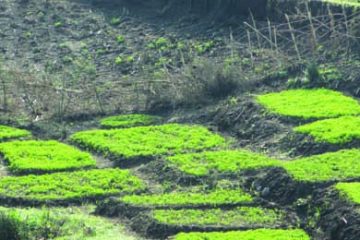