Goethe-Institut – Celebrating 50 years of nearly everything

What was started as a simple idea for a cultural exchange has grown into a place where nearly everything happens. 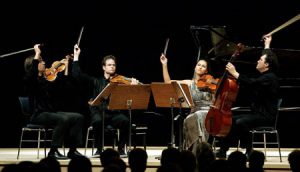 Established in January 1962, it was the first in Africa. Ethiopians who had studied in Germany had turned to their government and the German embassy requesting both for an establishment of an institute to be the go between them and their German acquired friends, culture and values. By then, diplomatic relations between Ethiopia and Germany had already a long-standing history: both had signed a treaty of amity and commerce as early as 1905. In June 1962, Emperor Haile Selassie I officially inaugurated what was then known as the German Cultural Institute, located across from the Arat Kilo Monument in the capital Addis Ababa. The books signed by the Emperor on that occasion remain in the institute’s library collection to this day. The library now holds over 4,000 books, videos, audiocassettes, CD-ROMs and DVDs full of nearly everything from history to culture on both Ethiopia and Germany and provides internet access for visitors.

The countless experience of innovation that has taken place at the Goethe-Institut, as is named later on, in Addis Ababa will be remembered and celebrated at its 50th anniversary scheduled to kick off from the official opening on 11th April through 30th of June 2012. The organizers are busy setting up exhibitions, concerts and workshops during the three month celebrations of one of the oldest institutes of its kind in Africa.

Both Germany and Ethiopia have had their own share of turbulent times in the past 50 years. The late ‘80s and early ‘90s for example have seen huge upheavals in both Germany and Ethiopia; the fall of the Berlin Wall that was followed by German reunification and the dissolution of the Eastern Bloc and the fall of Africa’s military mighty, the Derg, in 1991 were events that proved difficult to predict their outcomes. But throughout this time Goethe-Institut remained one place that has maintained its presence in Addis Ababa, keeping its doors open.  It continued to operate as a language and information center, an open space of intercultural exchange and a platform for artists.

The 50th anniversary is a phenomenal time to reflect upon Goethe’s achievements and the long standing journey of developments. During the celebrations, the public will look back in time at the history of Goethe in Addis Ababa in the form of film and photography exhibitions. From Arat to Amist to Sidist Kilo three buildings have housed the Goethe-Institut in Addis Ababa during the past 50 years, each with its own unique architectural history.

Photographer Antonio Fiorente has captured the stories of these “Goethe buildings” in photographic collages and ensembles, which will be exhibited until 6th of July this year. Set in the transom windows of the former crown prince’s palace that is the Goethe-Institut today, the exhibition entitled, “Tracing Memories since 1962” will be curated by Léo Lefort.

Of the people of Germany and Ethiopia

Goethe-Institut in Addis Ababa has contributed to a deeper understanding between the people of both Germany and Ethiopia. It has launched, directed and coordinated many projects and programs on German and Ethiopian history, society, culture and language, consistently making a point of working closely together with Ethiopian cultural institutions and private initiatives.

Most importantly, the Goethe-Institut is a venue for many people to exchange their independent opinions and cultures. Its guests have always included people from various professional fields, especially media and arts.

One of the founding ideas of establishing the Goethe Institut in Addis Ababa was to convey an all-round image of Germany by providing information on its culture, society and politics. The German foreign minister Guido Westerwelle made a statement about Germany’s modern-day concept of culture being; “not every cultural event needs to please everyone, but access to culture must be open to everyone.”

Goethe-Institut’s 50th anniversary theme is focused on climate change and sustainability, but its prime goal of nurturing people to people relations and of cultures will be its lasting mark.

Once again, a week-long festival of films

Walking with the clouds