Once again, a week-long festival of films 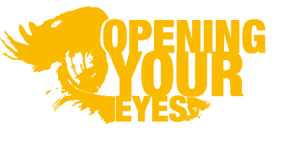 The Addis International Film Festival (AIFF)  kicked off with its 6th edition on Tuesday May 1, 2012 at the Italian Cultural Institute with Town of Runners, a film by Jerry Rothwell. Town of Runners is a feature documentary about the young athletes born and raised in Bekoji, who hope to emulate their local heroes and compete on the world’s stage.

Organized by Initiative Africa, with the theme of ‘A Year of Concern’ more than 50 documentaries are expected to be screened from May 1-6, 2012 in an event that will take place in six different venues: Italian Cultural Institute, Bole Youth Center, R. T. Martyrs’ Museum, Alliance Ethio-Française, British Council and Addis Ababa University. Unlike the previous in the past the festival will be going to regional cities by screening films in Hawassa, Mekele and Bahir Dar Universities.

AIFF is a unique initiative seeking to use the power of documentaries and short films to support innovative ways of creating awareness of social issues such as economic crisis, environmental problems, discrimination, and poverty among others. According to the organizers, this year again, the Festival focused on films which contribute to a re-evaluation of one’s own attitudes and to the recognition of human responsibility. The selected films reflect the past, inform about the present, make problems visible, provoke questions and bear witness to social and political developments.

Artistically, the Festival has a chance to create a space for interaction among international and local filmmakers, activists, youth and professionals and the general public. It  also aims to elevate the film making capacity of some 30 young film professionals through two workshops on ‘How to Make a Short Film’ and ‘How to Become a Film Critic’ by internationally renowned filmmakers.

The six day festival will also include more than ix panel discussions aimed at triggering an exchange of viewpoints between film makers and the audience. The key topics will revolve around issues such as the environment and social change, gender, migration and social justice.

Goethe-Institut – Celebrating 50 years of nearly everything