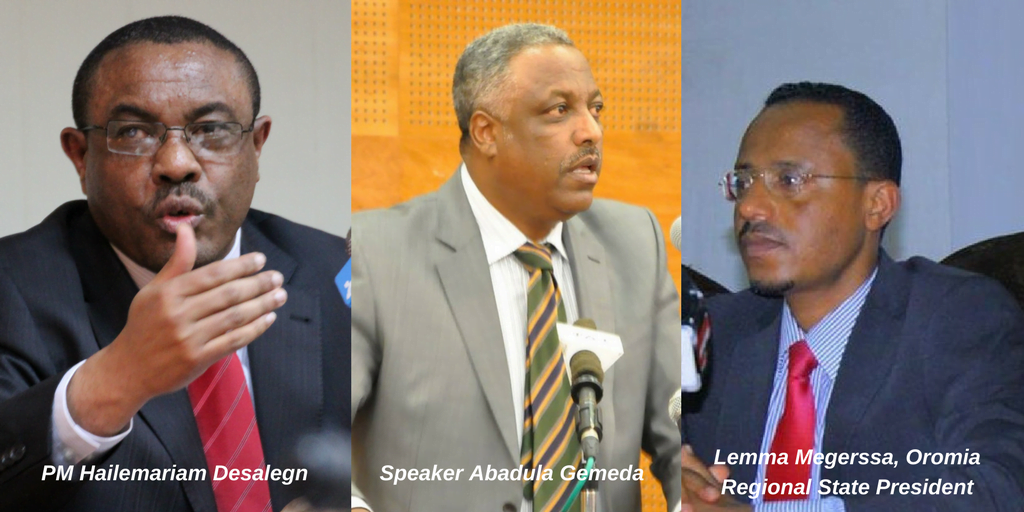 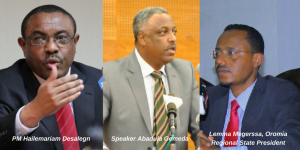 Addis Abeba, August 19/2017 –A panel of judges at the Federal high court 4th criminal bench have today ruled to subpoena Prime Minister Hailemeriam Desalegn and other senior government officials to appear in court in November 2017 as defense witnesses for the case involving prominent opposition leaders Bekele Gerba and Dejene Fita Geleta, first secretary general and secretary general of the opposition Oromo Federalist Congress (OFC), and others.

After presiding over the hearings of defense witnesses for the last four days, the judges have today ruled in favor of the defense team’s request to summon, among others, Prime Minister Hailemeriam Desalegn, Abadula Gemeda, speaker of the House of peoples representatives, and Lemma Megerssa, president of the Oromia regional state, to appear in court as part of defense witnesses between November 06 and 08 2017. 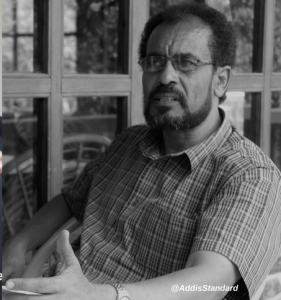 Dejene Fita, Bekele Gerba and fifteen others are defending themselves from terrorism and criminal charges brought against them by the federal prosecutors.

After a year and three months of trial, on July 13, the federal court acquitted five of the 22 defendants in the original file under the name Gurmesa Ayano, ruled to reduce the terrorism charges against Bekele Gerba to criminal charges, and ordered the remaining 16 to defend the terrorism charges brought by the federal prosecutors. On August 10, the judges have denied Bekele Gerba’s request for bail and ordered him to defend his case along with the 16 others.

Originally all the 22 defendants were charged with terrorism. They were first arrested between November and December 2015, shortly after the start (and in connection with) of the November 2015 Oromo protests. Defendants also include several junior members of the OFC, students and civil servants who came from various parts of the Oromia regional state.

All the 22 defendants were first accused of being, among others, agents of the Oromo Liberation Front (OLF), a rebel group labeled by Ethiopia’s ruling party dominated parliament as a terrorist organization, inciting the public and causing damages to properties during the yearlong anti-government protests in Oromia regional state .

The defense witnesses hearing will resume on November 06 after the court’s summer recess period. AS