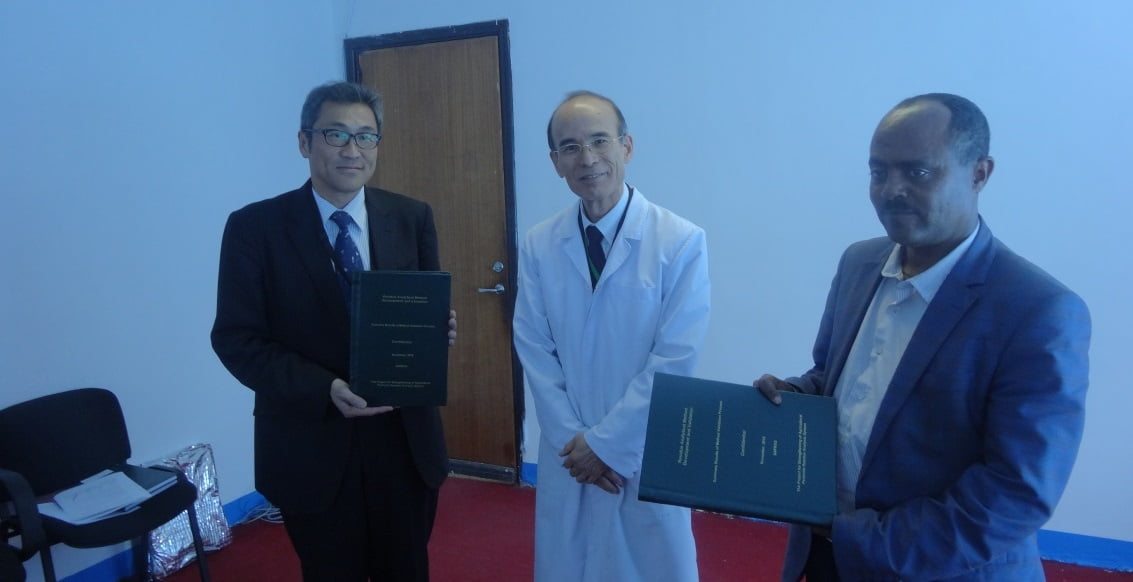 Addis Abeba Nov. 10, 2016 – The Japan International Cooperation Agency (JICA) handed over Project for Strengthening of Agricultural Pesticide Residue Analysis System (SAPRAS) to Ethiopia. The project, which was handed over on Nov. 03, was implemented following Ethiopia’s request to the Government of Japan in 2008.

SAPRAS was initiated after Japanese regulatory bodies found out that globally prohibited agricultural pesticides residues in coffee exported from Ethiopian to Japan in 2008. The temporary ban by the Government of Japan on the coffee export from Ethiopia was a very bad news for Ethiopian exporters.

As a result the Project was set to conduct pesticide residue analysis test so as to provide data for Japanese regulators. While the project ran from 2008-2016 it has been expanded for an additional year in order to build the capacity of Ethiopian professionals in residue analysis.

According to a technical report by Haimanot Deresse, Pesticide Residue Analyst, a developed method is created for analysis of 23 pesticides in coffee beans. The laboratory built by the project is now capable of analyzing Organo Chlorine Pesticides (OCP) in coffee beans and in the future there is a potential to conduct similar tests on other kinds of agricultural products, she added.

At the handing over of the project, Kimiaki JIN, Chief Representative, JICA Ethiopia Office, expressed his hope that the Ethiopian government will use the facility built and the knowledge transferred efficiently. AS