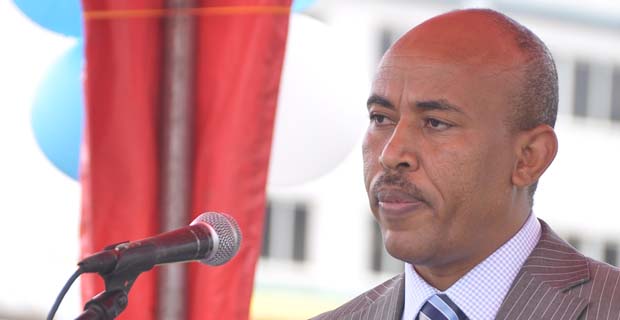 Nov. 08, 2016 – Addis Abeba – Ethiopia’s Defense Minister, Siraj Fegessa, told reporters today that the command post established to implement Ethiopia’s six-months State of Emergency, and is led by Prime Minister Hailemariam Desalegn, has fully lifted article 18 of the state of emergency which restricted diplomats’ travels beyond 40km outside of the capital Addis Abeba.

The command post also lifted article 12 of the state of emergency which prohibited possessions, wearing or selling to a third party of uniforms used by the country’s security apparatus. In addition, the command post revised article 28 sub article 4 of the state of emergency dealing with security officers’ conduct of search. Accordingly, Seraj said security officers should now display proper ID and explain reasons for search; they are also required to allow observers during searches.

Ethiopia declared a six-month state of emergency following intensive public protests particularly in Oromia regional state which followed the deaths of unknown numbers civilians at the annual Irreecha festival on Sunday, Oct. 2nd.  A hysteric stampede was caused as a result of security officers’ act of firing live ammunition and rubber bullets into the air, as well as tear gas bombs in the middle of major parts of a gathering of millions

In a statement it released on Oct. 19th, the Command claimed a sweeping success in restoring law and order in different parts of the country in just three days following the declaration. However, several reports show that government security officers were conducting massive crackdown including lootings and public tortures of individuals in several parts of the country. Last week, Siraj Fegessa admitted that the command post has received various complaints from the public and it was setting up an investigation to look into the complaints. He also said some 2000 individuals were released and had disclosed areas where thousands of Ethiopians were believed to have been detained.