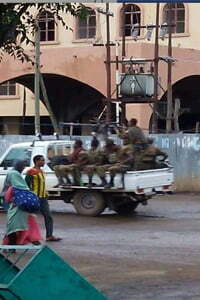 Oct. 20, 2016 – In a statement it released yesterday, the Command Post leading Ethiopia’s recently enacted State of Emergency claimed a sweeping success in restoring law and order in different parts of the country within the last three days alone.

The command post further claimed that in Qelem Wolega zone in Dembi Dolo town of the Oromia regional state, in western Ethiopia, around 70 various weapons were recovered with the help from the residents of the area. In the same area, some 110 individuals were detained by security forces with the help from the local people. 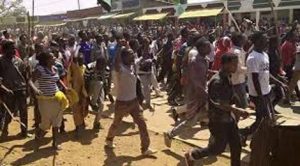 In West Arsi zone of the Oromia regional state, the command post revealed the arrest of 450 individuals from Shashemene town alone, 250km southwest of the capital Addis Abeba. In several localities in the same area, a further 670 individuals have been detained, bringing the number of people detained from the area to some 1120. In the same area, the command post said that of the 162 weapons taken by individuals involved in illegal armed struggle, some 88 weapons were recovered with the help from the local people.

In western Guji zone, in southern Ethiopia, the command post claimed that some 32 weapons were recovered while the processes of recovering other equipment taken by individuals from several state institutions were well underway. It further claimed that 20 individuals were in discussions with local elders to facilitate their surrender to the command post.

And in seven different Wordas of the West Showa zone, including Adama, Liben Chiquwala, Adea and Boset Woredas, 92 different kinds of weapons and 8 pistols were recovered with the help from the local people.

In general, of the 513 various military weapons that the command post said were stolen in Oromia regional state alone 384 have been recovered so far, the statement claimed.

A sub-point in Article 31 of the State of Emergency states that those who stole weapons or properties should surrender both within the first 10 days of the issuance of the decree during which clemency could be extended to offenders.

In a similar statement, the command post claimed that in accordance with article 4 of the state of emergency decree in which denial of public services in protest was made a punishable crime, 13 business owners who have closed their activities in protest and 13 other individuals who were inciting others to protest, as well as three teachers who were planning to disrupt the teaching-learning process were detained in Gonder and its environs in Amhara regional state. Similarly, 35 business owners in Bahir Dar, the region’s capital, were detained for denying services in protest. Six of them were since released while the remaining 29 are still held in police custody, the statement claimed.

Ethiopia is currently under a six-month State of Emergency declared on Oct. 8th following an emergency ministerial cabinet meeting of Prime Minister Hailemariam Desalegn. The declaration of the State of Emergency followed intensive protests particularly in several parts of the Oromia regional state. Fresh intensive protests in the region were triggered as an immediate result of a mass death of civilians at the annual Oromo Thanks Giving, Irreecha, festival, on Sunday, Oct. 2nd.  A hysteric stampede was caused when security officers started firing live ammunition and rubber bullets into the air, as well as teargas bombs in the middle of major parts of a gathering of millions. Although the government maintained only 52 people were killed, figures from activists and the opposition Oromo Federalist Congress (OFC) say more than 600 people were killed at this year’s Irreecha festival, a festival that was otherwise observed by millions of Oromo for the last two decades without incident.

However, Ethiopia has started to see protests already in April and May 2014 when Oromo university and high school Students in various parts of the region, the largest of the nine regional states in Ethiopia, took to the streets to protest against the Addis Abeba Master Plan, a plan that would encroach into areas surrounding the city but are under special administrative zone of the Oromia regional state.

A fresh round of protests by the Oromo, which has since became known us the Oromo protests, erupted on November 12th 2015 in Ginchi town, some 80km west of the capital Addis Abeba when local people started protesting against a planned project that they believed would dislocate them of off their lands and livelihood. 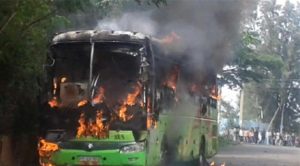 While the protests in Oromia regional state grew, covering almost every part of the region, another protest began gaining momentum in Amhara regional state, the second largest regional states in Ethiopia. The large protests in Amhara regional state erupted when, between July 12th and 14th, more than a dozen people were killed in a prior protest in Gondar city. The protests followed a raid by heavily armed federal security forces, including the Anti-Terrorism special force, targeting members of the Wolkayit community who have been protesting against the federal government’s decision to incorporate the area where the community lives into the Tigray regional state. The Wolkayit community members also reject the idea of them being ethnically considered as Tigrayan and want to identify themselves as Amhara.

The ongoing protests in the two regional states have prompted a formidable opposition to the ruling EPRDF that was not seen in 25 years of its reign.

Since two weeks authorities in Ethiopia have shut social media and mobile data in various parts of the country including the capital and have severely limited regular access to broadband internet. However, countless information trickling, including many received by this magazine, show intensive crackdown by security forces that resulted in several people killed and detained since the enactment of the State of Emergency. AS