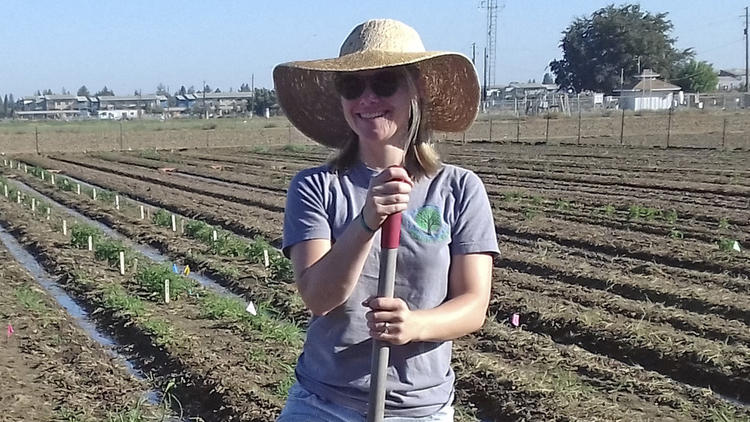 Last week, an American national was killed in Ethiopia while she was traveling in a van in Holeta town, a few kilometers west of the capital Addis Abeba. Sharon Gray, a postdoctoral researcher at plant biology department of the University of California at Davis, was killed when the vehicle she was riding in was struck by rocks. It is very unfortunate that the young lady, whose life was surely brimming with talents and dazzlingly en route to some great career, was cut short in a country such as Ethiopia where its authoritarian political order cares nothing about anything. In fact, the country is losing its own brightest and best minds under the same circumstances. Of the hundreds of Ethiopians killed in the hands of state security officers so far, you can guess the estimates of straight “A” students, engineers, lawyers, and doctors among others, who took bullets to chest, not to mention the thousands who succumbed to injury caused by torture in Ethiopian jails. The Oct. 2nd Irreechaa massacre in Bishooftuu town, where over 678 were killed, according to figures from the opposition party Oromo Federalist Congress (OFC), happened only two days prior to Sharon Gray’s death.

As the mourning has now become transnational and the grief getting deeper, the question that remains is: how to identify the Ethiopian regime’s state responsibility for the death of foreign nationals. Of course, despite the contradictory accounts, which seem to be intentionally disseminated by the regime to use the ongoing protest as scapegoat, it’s imperative to unearth the original sin and the sinner and its unfulfilled attempt to wither away from its domestic and international State responsibilities; it is critical that an international investigation be held to unearth the truth and to identify law enforcement officers criminally responsible.

It is possible that the story being pushed by the regime in Ethiopia attempts to attribute the tragedy away from its own responsibility. In this brief, I argue that the Ethiopian regime is in fact responsible for the tragic death of Sharon Gray.

From the jump, there had been sufficient evidences known to the diplomatic community that in most cases the Ethiopian regime causes harm and blame it on those it politically targets in or outside of the country.  For example, a diplomatic cable revealed by the WikiLeaks exposed details about a series of explosions that were reported in Addis Abeba in 2006 as have likely been the work of government  security forces. In my opinion, the regime does this kind of marauding to accomplish the purpose of framing up opposition groups as a façade of menace in order to politically justify its action of jettisoning all dissenting political groups out of the national space.

Mass protests around the country have just become inescapable; it is already at a point of no return. As the day passes, the continuation of the regime is becoming uncertain. This is true because after 11 months of its inception, the demands of the protesters have now departed the initial plea for freedom and evolved into a mass calling for a pro-democratic regime change. So, while itself an actual perpetrator in almost all of the protest situations, there is no doubt that the regime apparently is in a desperate need to frame up the growing protests by two of the largest ethnic groups, the Oromo and the Amhara, as anti-everything. Further, the regime wants to concoct a preposterous method by which it shifts away or evades from the accountability and impunity for the deaths of hundreds of innocent civilians in the ongoing protests. Of course, this is an unacceptable and morally the lowest political tactic to be deployed by the regime in an attempt to put the future of the country at odds with foreign diplomacy. The protesters should be highly conscious in exposing such fraudulent acts.

Peaceful and democratic track-record of the protests

At any point in time over the past eleven months since the protest broke out in the small town of Ginchi, there had never been a single case or scenario where foreign nationals were targeted. With full confidence, I can say that the Oromo resistance had always been and will remain to be an anti-oppressive force against the regime in Ethiopia, not anti-foreigners. To buttress this thesis, strong anecdote can be gathered from the peaceful nature of the protest itself in that it has been splendidly successful for not generating, against the wishes of the regime, any form of horizontal conflict between ethnic groups so far. No other ethnicity, including the people of Tigray who reside and make a living in Oromia, were targeted at any point in the protest let alone a foreign national of Gray’s kind, who were on an altruistic mission.

This is an indication that Oromo and Amhara protests simply earmark the repressive political system of the regime, which is proven to be repressive and violent against its own citizens, dissenting voices, and critical minds. This is just a common knowledge in Ethiopia’s political discourse.

Besides it has been clear and proven beyond any shadow of doubt that the Oromo and Amhara Protests have been peaceful even in the face of excessive military responses; the public temperament remained largely principled with somberly articulated political demands. While utterly failing to answer these basic demands, nevertheless, the regime chose to use excessive military forces which until today claimed the lives of hundreds of Ethiopians. But as of this writing, no single government official has been brought to justice.

Lastly, it is not controversial that Ethiopia lives under a customary international legal obligation to protect all foreign citizens residing in its territory or subject to its jurisdiction. The wrongful death of Sharon, no matter whether directly or indirectly caused by the regime, is legally attributable to the action of the state. In fact, it is baffling that it chose to push the matter under the rug. I believe that this wrongful death caused by direct action or omissions of the Ethiopian regime is in fact considered not only a crime against the individual victim, but also an injury against the United States. That is what is known as state responsibility under the customary international law. But, the demand of remedy requires the discretionary decision of the US government to espouse Sharon’s death as a national issue put up against the Ethiopian government before the appropriate international loci. It is therefore imperative that, instead of sulking over the tragedies, the US government should push for a long overdue task of international and impartial investigation to be allowed into the country for scrutiny. That could be a solid start towards the demands of international justice remedies.

Ed’s Note: Henok Gabisa is Visiting Academic Fellow based at Washington and Lee University School of Law in Lexington, Virginia. He tweets at @henokgebisa and can be reached at GabisaH@wlu.edu.