Addis Abeba: July 24/ 2018: Today the United States announced an additional $170 million in humanitarian assistance to support the people of Ethiopia, many of whom have been pushed from their homes by escalating conflict or natural disaster and who are facing severe food insecurity as a result.

With this new funding, the United States is providing emergency food and nutrition assistance, as well as life-saving medical care, safe drinking water, and improved sanitation and hygiene programs to treat and stop the spread of preventable diseases for millions of Ethiopians, as well as refugees seeking shelter in Ethiopia.

An estimated 8.5 million people in Ethiopia are in need of urgent humanitarian assistance. In recent months, the humanitarian situation has been compounded by insecurity and large-scale displacement along the border of Oromia and Southern Nations Nationalities and Peoples regions with recent estimates identifying more than 800,000 displaced individuals along the West Guji and Gedeo zones alone.

Many of these people are sheltering in schools or temporary facilities and are in need of immediate protection services and access to safe drinking water. These newly displaced are in addition to the 1.6 million Ethiopians elsewhere in the country that have been pushed from their homes by conflict or drought since last year.

Upon the announcement of this assistance, USAID Mission Director to Ethiopia, Leslie Reed reiterated the United States’ longstanding commitment to support the needs of the Ethiopian people, but stressed that remaining in temporary shelters will not solve the underlying problems. “This assistance will meet the immediate needs of those displaced, keeping them healthy so that they can return home safely and voluntarily, resume productive lives, and participate in the process of addressing the root causes of the conflict,” she said.

U.S. Ambassador to Ethiopia Michael Raynor urged the Ethiopian people to work in collaboration with the government at all to levels address current conflicts and prevent new ones, “The United States does not believe that incidents of ethnic violence are in keeping with the values that make Ethiopia strong such as inclusivity, tolerance, and respect for diversity. It will be up to all Ethiopians to ensure that the promise of recent reform efforts is realized. Violence and discrimination have no place in that process.” This additional funding brings the total U.S. humanitarian contribution in Ethiopia to more than $802 million since October 2016. US Embassy 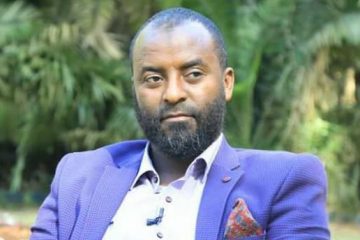