Russians take pride in how whenever Russia has experienced a severe blow to its ability to play the role of a great power in the past, Russia has every time been able to recover and re-emerge as one—often in a very short period of time.

Napoleon’s invasion of Russia in 1812 was soon followed by Russia being part of the winning coalition that defeated him in 1814-15.

Germany’s forcing Moscow to sign the humiliating treaty of Brest-Litovsk in 1918 which involved great loss territory for Russia was soon followed by the Bolsheviks’ consolidation of power and recapture of most of that territory.

The Nazi invasion of the USSR in 1941 was followed by the USSR being part of the winning coalition that defeated Germany in 1945 and the USSR becoming one of the world’s two acknowledged superpowers afterward.

The collapse of the Soviet Union under Gorbachev and the economic chaos under him and Yeltsin was followed by Putin restoring stability and prosperity internally and reasserting Russia’s role as a great power internationally.

Putin, then, appears to conform to the pattern of Russian leaders who succeeded in reversing precipitate decline and reviving Russia, like the phoenix, as a great power.

There is, though, another way of viewing Russian history:  instead of seeing Russia as always being able to bounce back from near collapse, the pattern can also be seen as one in which despite Russia constantly building up its power and prestige, it always experiences catastrophic setbacks—much like Sisyphus’s efforts to push a boulder up to the top of the hill always ending in futility.

Despite everything the 18th century tsars did to advance Russia into the ranks of the European great powers, Russia was unable to avoid the disaster of being invaded by Napoleon.

Despite the tremendous economic development that Tsarist Russia experienced in the late 19th/early 20th centuries and the promising political reforms of the early 20th century, Russia did not avoid the disasters of World War I, the Russian Revolution, and the Civil War

Despite the tremendous economic strides made under Stalin (albeit at enormous human cost), the Soviet Union experienced the catastrophe of the German invasion of 1941.

And despite the Soviet Union’s achievement of superpower status after World War II, the USSR collapsed in 1991 and Russia experienced severe economic decline..

All this raises the question:  Will Putin’s efforts aimed at reasserting Russia’s role as a great power also end in yet another painful setback?  Instead of another phoenix, will he prove to be another Sisyphus?

The answer depends on a determination about what has been the main cause of Russia’s repeated setbacks.  Many Russians would point to invasions by other powerful states—Napoleonic France, Imperial Germany, and Nazi Germany—as the cause of them.  While there was no direct Soviet-American conflict during the Cold War, they see America’s containment policy as having served to weaken the Soviet Union.  Putin has long claimed that the West seeks his downfall.

Viewing Russia’s past catastrophic setbacks as being due to foreign aggression and overcoming them as the result of Russian grit and determination is a very comforting view for many Russians.  Russia’s setbacks were caused by hostile foreigners, and its recoveries are the admirable result of Russian initiative.

But in three of Russia’s most catastrophic setbacks, poor decisions made by Russian leaders—decisions that they did not have to make—played an important role in bringing them about.

Nicholas II did not have to decide to defend Serbia and enter World War I.  If the war had remained limited to one between Austria-Hungary and Serbia, the increasingly vulnerable imperial government in Vienna may well have exhausted itself in a conflict with nationalist Serbia.  The Tsarist government, though, could have survived even in the unlikely event that Austria-Hungary quickly defeated Serbia, and avoided the far greater catastrophe of the Bolshevik Revolution.

Similarly, Stalin did not have to agree to the 1939 Nazi-Soviet pact, which put Germany in a far better position to attack the USSR in 1941.  Stalin’s extraordinary belief that Hitler would not attack the USSR was a truly historic blunder.

And while Gorbachev was right in concluding that the USSR needed sweeping economic reform in order to keep up with a strengthening West, he did not have to try to implement his utterly naive economic reform plans—especially when he could have just copied the successful model of market-based economic reform while maintaining political control that Deng Xiao-ping had implemented in China.

Will Putin experience the same fate?  He clearly seeks to reassert Russia’s role as a great power.  But it is not at all certain that the way he has chosen to do so will achieve that aim.  He did not, after all, have to annex Crimea, get Russia involved in a prolonged conflict in eastern Ukraine, frighten many European nations, or do anything else that has unnecessarily resulted in antagonizing the West—Russia’s most likely ally against an increasingly powerful China which has been more slowly but more successfully reasserting itself as a great power than Russia.  Instead of strengthening Russia, Putin’s decisions may be similar to the avoidable ones made by Nicholas II, Stalin, and Gorbachev that resulted in harming Russia.

Just like previous Russian rulers, then, what Putin’s aggressive efforts to reassert Russia’s status as a great power may actually be setting Russia up for yet another catastrophic setback.

Tripartite Free Trade Area an opportunity not a threat 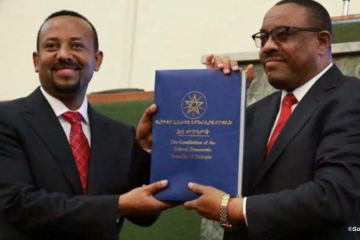