The use of technology helps us ease the burdens of doing things the hard way. But it is more meaningful when used at the right time in the right way

Currently we are flooded with infinite amount of state-of-the art technological devices and appliances and are bombarded with powerful advertisements on a daily base. The concern for our immediate financial profit is seen dominating any other human values we have. our well-informed and rational decisions over the choice of technology we employ hasn’t become more indispensable than it is now.

What we often consider as modern technology is the usage and application of the ideas and devices of modern sciences. The overriding rationale underlying the use and employment of technology is the presumption that in the short-run it would boost productivity (by cutting down the time and energy costs); and in the long-run it is bound to enrich general human experience–physical, intellectual, emotional as well as spiritual.

Every type of technology consists of two highly interwoven aspects: the Material aspect, constituting the technical hardware, the machinery and equipment; and the Non-material aspect, representing the expertise, skills, knowledge, techniques and organizational experience and processes.

Sociologists underscore the inseparability of these two aspects in the endeavor to build an effective and well-functioning society. In their view, any eventuality of incompatibility between these two aspects is bound to yield undesirable state of culture most liable for squander of resources.

When the material aspect of culture comes ahead of the non-material, a negative state of culture known as cultural-lag ensues. This is mainly manifested in the inability to make effective use of the technological assets and resources on hand. Similarly, when the non-material aspect comes ahead of the material one another undesirable state of culture known as culture-lead arises. It is a situation characterized by failure to translate scientific theories and ideas into action or material form.

There are many forces which tempt us to seek the aid of modern technology. Manufacturers and traders make their utmost efforts through advertisements and other means to dispose their technological inventory. Government policies and programs, prevailing values, attitudes and mode of life or fashion, personal tastes and preferences as well as peer pressure also do play their own part in influencing our judgment and decision on the need and usage of technological devices.

More often than not, unsubstantiated common sense judgment appears to dictate our choice of technology.  For instance, we tend to believe that every modern and latest technology has to be more efficient. But, not necessarily so. Professor Jeffrey D. Sachs of Columbia University, for example, says current use of automobile, presumably one of the modern means of transport technologies, is arguably the least efficient one. In his calculation, “we move around 1000 to 2000 kilograms of machinery to transport only one or just a few people each weighing perhaps 75 kilograms”.

Asides from efficiency, technology also ought to be assessed in terms of other criteria such as that of relevance: whether it is the appropriate and timely technology for the current need, knowledge, resource, or organizational experience of the society in question.

What inspired this piece was my recent research trip to West Arsi Zone of Oromia Regional State in South Eastern Ethiopia. It was quite a surprise to see how widely the peasants in the area employ the services of modern, sophisticated agricultural machineries such as tractors and combine harvesters by renting at overpriced rates.

Be that as it may, however, what has been evidently transpiring in the community in the wake of the wide-spread use of these complex modern agricultural technologies?

The famous claim in economics is the idea that the application of modern technologies would reduce the costs of production and raise level of productivity. But, none of these claims seem to have been realized in the localities. On the contrary, rather the costs of production reportedly shot up in multifold resulting in inflated grain prices. Understandably, this may be due to the fact that these expensive new machineries have been used on the same fragments of farmlands previously cultivated by cheap human labor. Furthermore, instead of being transformed to other productive industrial activities as witnessed in advanced countries, the agricultural “surplus” laborers supposedly released by the application of the new machinery were made idle and redundant, often spending their spare time on destructive lifestyles.

On top of this, some other unexpected and unforeseen social ills seem to surfacing in the community. To mention just a few: the erosion of the work ethics (due to the idleness created by the use of machineries); the multiplication of formerly non-existent middle men or brokers in tandem with the machinery operating business;  the spread of corruption in a bid to get priority for the machinery and being rescued from treachery actions allegedly performed by the machine operators in the course of operation; on farm spot sales of crop harvests at cheaper prices which seems to be undermining the wise traditional grain management practices resulting in reckless economic behavior and the subsequent onset of discord and conflicts among family members.

In short, what the above episode or observation evidences is the eventuality of unexpected dire consequences due to the use of technology way far removed from the immediate need, priority, resources, experience and expertise of the community and beyond. Thus, any consideration for introduction or adoption of a prospective modern technology must essentially be made in light of a thoughtful and serious examination of the prevailing economic, social, cultural and institutional framework of the society concerned. Of all, the observation signifies the primacy and indispensability of individuals and communities to be realistic and rational decision makers in all matters which concern their lives.

Taye Negussie (PhD) is an Assistant Professor of Sociology at Addis Ababa University. He can be reached at tayesosa@yahoo.com 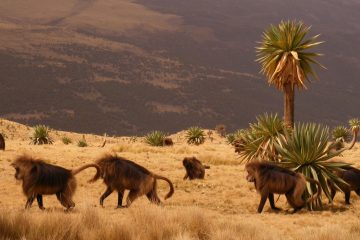