For Israel, war is politics by other means. The casus belli this time was especially poor: an Israeli military jeep hit by a Palestinian missile, with 4 soldiers injured (probably in retaliation for a 14 year old Palestinian boy killed by Israeli forces two days earlier). The real reason, though, were the nine weeks left to the upcoming elections in January. Prime Minister Netanyahu himself did not need a war; though he had suffered a significant blow with Obama’s re-election, his election victory seemed certain, thanks among others to his influential supporter, the Jewish-American magnate Sheldon Adelson, who lost a lot of money on Mitt Romney, but still owns Israel’s biggest newspaper Israel HaYom that backs Netanyahu no matter what.

It was Defense Minister Ehud Barak who needed a war. All polls showed that his fraction, formed after leaving the Labor Party two years ago, would fail to cross the election threshold – an extreme humiliation for the former Prime Minister (1999-2001) who has been serving as Minister of Defense – the top office in Israel’s militaristic culture – since 2009. Barak has always been aware of the strong nexus between war and politics: even as a young officer he elaborated plans to invade Lebanon in order to install a pro-Israeli government there, plans carried out (catastrophically) in the First Lebanon War of 1982.

Unlike costly and inconsequential election advertising, a military operation gives the Minister of Defense unlimited prime-time exposure in all Israeli media channels. The entire tribe flocks behind its belligerent chief; no hard questions allowed. However, as often before, Barak has fallen victim of his own hubris. He was experienced enough not to desire an unpopular ground operation in Gaza which might bring many Israeli casualties, and probably assumed a few days of air-borne strikes would bring Hamas to its knees. Underestimating the enemy, the classical mistake. Two days before the operation was stopped, the Palestinians fired 143 missiles at Israel; a day later the number soared to 221. Even after eight days of intensive bombardments, Hamas did not collapse. Israel now had to chose: either launch a ground operation, unpopular at home and internationally opposed, or accept a cease-fire. Luckily, Israel decided to claim victory and succumb. The cease-fire conditions ban Israel from operating in the 500 meter wide “security strip” it had imposed inside Gaza and even mention easing the siege on the Strip in the future – significantly better conditions for Hamas than the previous cease-fire of 2008, thanks to the Hamas-friendly new regime in Egypt.

Since the main Israeli opposition leaders, most notoriously Shelly Yachimovich of Labor, have supported the operation in Gaza all along, Netanyahu now has little to worry about: voters disappointed at the failed operation will not move to the left. Some might prefer the opposite direction and opt for the far-right that criticizes Netanyahu for not bulldozing Gaza altogether; but a stronger right-wing serves Netanyahu’s interests by confirming his image as “moderate”. And as for Ehud Barak – will this election spectacle (in which 140 Palestinians and 5 Israelis were killed) save his seat? Just a day after the cease-fire has taken hold, it’s still too early to predict.

Africa in the world economy – from Tigers to Lions? Not without quality education 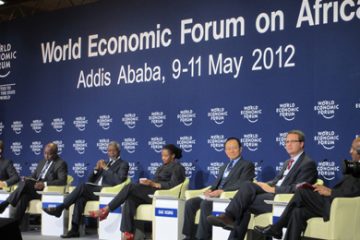