By Robert Skidelsky
LONDON – Since I believe that the Scots are sensible, I think that they will vote “no” this week to independence. But, whichever way the vote goes, the spectacular rise of nationalism, in Scotland and elsewhere in Europe, is a symptom of a diseased political mainstream.

Many are now convinced that the current way of organizing our affairs does not deserve such unquestioning allegiance; that the political system has closed down serious debate on economic and social alternatives; that banks and oligarchs rule; and that democracy is a sham. Nationalism promises an escape from the discipline of “sensible” alternatives that turn out to offer no alternative.

Nationalists can be divided into two main groups: those who genuinely believe that independence provides an exit from a blocked political system, and those who use the threat of it to force concessions from the political establishment. Either way, nationalist politicians enjoy the huge advantage of not requiring a practical program: all good things will flow from sovereignty.

Though nationalist politics was long suppressed after World War II by economic prosperity and memories of pre-war horrors, Europe offers fertile ground for its revival. This is not just because of Europe’s prolonged economic malaise. It is because practically all of Europe’s existing nation-states contain geographically concentrated ethnic, religious, or linguistic minorities. Moreover, these states’ incorporation into the European Union – a kind of voluntary empire – challenges their citizens’ allegiance. Thus, nationalists can look either to Europe to protect them against their own states or to their states to protect them against the European empire.

That is why Britain has spawned two nationalisms simultaneously. The United Kingdom Independence Party (UKIP), led by populist Nigel Farage, looks to London to protect British independence against the EU bureaucracy. The Scottish National Party (SNP), led by the astute Alex Salmond, looks to Brussels to protect Scotland against the “imperial” parliament in Westminster. Given the right conditions, nationalism will always discover an “other” against which to define itself.

Scottish nationalism was not created by the recent economic crisis, but the Scottish referendum was. Scotland convened its first devolved parliament in 1999, giving the SNP a political platform in Edinburgh from which to campaign for independence. The removal of the Labor government in London in 2010 was the voters’ way of punishing the Labor Party for the economic collapse of 2008-2009. But, while Labor’s punishment delivered a Conservative government in London, it produced a majority victory for the SNP in Edinburgh in 2011. To maintain governability in Scotland, British Prime Minister David Cameron was forced to permit a referendum on independence.

An independent Scottish government would face huge economic costs. It would inherit its share of UK public-sector debt and future liabilities without the benefit of the substantial subsidy that it currently receives from the British Treasury. The SNP claims that additional revenues from North Sea oil would offset the subsidy. But these revenues are naturally time-limited, and the SNP has failed to mention the large decommissioning costs that will be incurred when the oil runs out. So, almost certainly, Scottish taxes would have to be higher than UK taxes. In addition, leading Scottish-based banks and many large businesses have said they would relocate some of their operations to London. Scotland would also be threatened with the loss of British defense contracts.

According to the SNP, an independent Scotland would not cause fragmentation of the UK internal market, because it would maintain a currency union with Britain. But the three main British political parties, and the Bank of England, have rejected this. If the Scots want sovereignty, they will need their own currency – and their own central bank: no British lender of last resort would be available to Scotland’s banks.

Scotland might try to keep its currency at par with sterling, but this would require larger reserves than a Scottish central bank could command, at least at the outset. And a Scottish currency that floats against the British pound would mean large transaction costs and reduced trade between the two countries.

Nor is there any easy escape, at least in the short run, by joining the EU, which may well require an independent Scotland to apply for membership.

In short, the SNP’s dream of social democracy in one country would fall afoul of the larger interdependencies that bind together the components of the UK, and that tie the UK to the EU and the EU to the rest of the globalized world. None of this fazes the Scottish nationalists.

In nationalism’s forward march in post-crash Europe, its standard-bearers often use immigration to exploit pre-crash resentment against globalization, notably the erosion of cultures and identities, declining sense of community, wage stagnation, rising inequality, uncontrolled banks, and high unemployment. They question whether people can enjoy the benefits of globalization while being sheltered from its costs – and what alternatives there are to the “market fundamentalism” that has defined capitalism since the late twentieth century.

In this mood, people are more willing to discount nationalism’s costs, because they have come to doubt the benefits of its liberal capitalist rival. Ordinary Russians, for example, refuse to face the costs of their government’s Ukraine policy, not just because they underestimate them, but because they somehow seem unimportant relative to the huge psychological boost the policy brings.

Nationalism today is not nearly as virulent as it was in the 1930s, because economic distress is much less pronounced. But its revival is a portent of what happens when a form of politics claims to satisfy every human need except the coziness of communal belonging – and then lets the people down.

Robert Skidelsky, a member of the British House of Lords, is Professor Emeritus of Political Economy at Warwick University.This article was provided to Addis Standard by Project Syndicate.

Ed’s note: the opinion expressed in this article is that of the author’s and do not necessarily reflect the editorial policy of Addis Standard.

Rush for the exits: Why is Ethiopia’s capital flight accelerating? 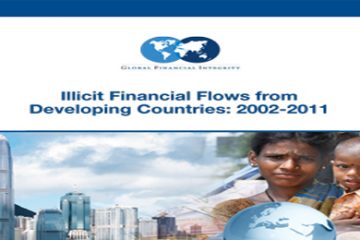