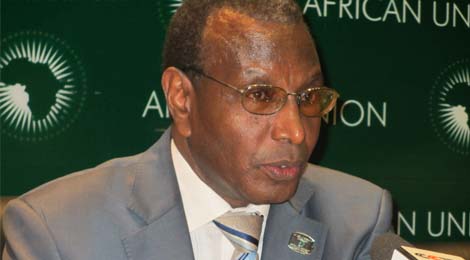 Crippled by lack of jurisdiction and of cash

25th of January 2004 was not any given day for Africa; it marked the entry into force of a significant protocol adopted by the then Organization of the African Union (OAU), which saw the ultimate establishment of the African Court on Human and Peoples’ Rights (ACHPR). The idea of creating a continental judicial body that was meant to reinforce the safeguards of the people of Africa was first instituted by the African Charter in 1981. A sign of a painfully slow progress – like everything the continental body does –  mean 17 years have elapsed when, finally in June 1998, states parties who met in Ouagadougou, the capital of Burkina Faso, agreed on the long overdue African Charter that eventually (but practically) created the ACHPR.

The mixed message from the man in charge

During the 19th Ordinary Session of African head of states and governments held in Addis Ababa, Ethiopia, in July this year, Honorable Judge Gérard Niyungeko, President of ACHPR, had given a mixed message to the media on the court’s achievements and its disappointment since its establishment.

The Court, composed of 11 judges who came from the five regions of the continent, had received “about 22 applications in contentious matters and three requests on advisory opinion,” in the last 15 months, according to Judge Niyungeko. “We have so far made a decision in about half of the contentious matters.” Starting from this year, the Court had also begun its first public hearings; in March and June 2012 it had held one and two public hearings respectively. But compared to the mammoth tasks expected of it, that is like a drop in the ocean.

But Judge Niyungeko was unequivocal in stating the three big challenges he said the Court was facing. First, hardly anyone in Africa knows a thing about the very existence of the Court itself. This is seconded by a low member of states which have signed the ratification of the Protocol establishing the Court; out of the 54 member states, only 26 have so far signed the Protocol. Ironically though, all the 54 countries have agreed on the ratification establishing the Court.

Crippled by lack of jurisdiction

Judge Niyungeko appeared to have been more concerned by the third, and “most worrying” (and certainly not the last) challenge:  inexplicably out of the 26 that have ratified the Protocol, only five – Burkina Faso, Mali, Ghana Tanzania and Malawi – have so far made the special declaration authorizing individuals and organizations to take their grievances to the Court against individual states.

For a Court established to serve a continent of 54 countries, five is a disappointing number; it simply means the already insufficient jurisdiction given to the court is only applicable in five countries thinly spread to three regions: West, East and South. “Our jurisdiction is limited to these five countries. That is a big problem.”

Decisive as it may appear for a continent battered by civil wars and lawless dictators, the Court cannot prosecute anyone in criminal matters. Unlike the International Criminal Court (ICC), what’s hoped to be its African version has not yet been given the decisive jurisdiction to preside over criminal matters.

During the 2008 head of states and governments summit held in Sharma El Sheikh, Egypt, a move to merge the ACHPR and the Court of Justice of the AU was adopted in a bid to give the former two critical jurisdictions: jurisdictions related to general matters and jurisdictions on human rights. Unfortunately, once again, only three countries out of the 54 have ratified the Protocol merging the two courts.  The minimum number of countries needed to ratify the Protocol to enforce its smooth application is 15. That means “we are far from having this merged Court put in place because we don’t see any trend to quickly ratify the protocol merging the two Courts,” Judge Niyungeko said.

Judge Niyungeko could use a bit of cash and freedom

Answering to questions from this magazine on whether his Court was one of those cash strapped programs run by the AU, the President said the court was “mainly funded by member state through the AU.” Although for the virtue of keeping his Court’s independence, Judge Niyungeko wishes for most of the financial contribution to run the daily business of the Court to come from member states, money is also coming from external sources mainly from the German government through the GIZ and the European Union. But he says his office uses external funding merely for promotional activities and never for critical financial needs such as paying salaries of his staffs.  “Although it was difficult since the beginning to get enough budgets, we were given the minimum.”

However, Judge Niyungeko expressed how “frustrating” at times it is that his office runs one of among the many underfunded programs. This year the Court has requested to have additional budget to recruit new staffs, which was rejected by the AU. “We are frustrated for not being able to recruit new staff. Yes we have the minimum, but whenever we want to strengthen our capacity, we are never sure that member states will give us the necessary funding,” he complains but says he would rather patiently wait than compromise the independence and integrity of his Court by going after donor money.

Currently the Court has merely two responsibilities: to make judgments on disputes related to alleged violation of human rights and to give advises upon requests from member states and organs of the African Union (AU) on legal matters related to human rights.

Judge Niyungeko’s honest expectation and determination to make the Court the first of its kind needs more than the good will of African states’ policy organs; may be a good luck, too.