Addis Abeba, November 16/2018 – An arrest so far of more than 60 officials, mostly from Ethiopia’s intelligence and military apparatus, which started with the arrest of 40 on Friday November 09, has led to shocking revelations by the attorney general Berhanu Tsegaye of gruesome human rights violations of Ethiopians in the hands of the security, the police and the intelligence units, and a network of corruption within the Metals and Engineering Corporation (MetEC), a state owned  business monopoly managed by army officials.

The following recap puts into perspective all the three major investigations currently being conducted by the attorney general.

Of the three, the investigation into the bombing in Addis Abeba, which killed two and wounded more than 50, was already ongoing. The police were initially  investigating a total of 18 individuals in two separate counts. The first 10 individuals were under investigation suspected of negligence in relation to security laps at the rally; while the other eight were being investigated suspected of direct involvement in the bombing. Among the ten suspected of negligence include former Addis Abeba Police deputy commissioner Girma Kassa and and ten other police officers with different ranks, many of whom, including the deputy commissioner were granted the right for bail by the federal first instance court. Among the eight suspected of direct involvement, one is Tesfaye Urgi, former anti-terrorism division head at Ethiopia’s National Intelligence and Security Service (NISS), who was detained at later date. But in the last week of September, the police have charged five of the eight, namely Birhanu Jafar, Tilahun Getachew, Getu Girma, Bahiru Tolosa and Dessalegn Tesfaye, with terrorism. despite the police’s accusations that they have found a bomb similar to the one detonated at the rally in the house of Tesfaye Urgi, prosecutors have so far failed to press charges on him, prompting the judges to issue a final ultimatum to do so for today, Nov. 16. Meanwhile, at the hearing conducted today the judges have dismissed the preliminary objections presented by the defense team of the five suspects who then have submitted a not guilty plea. And Tesfaye Urgi? The police have brought him to the court for what was expected to be filing of formal charges by prosecutors. However no charges were filed, instead the police said they now have a new file on him the nature of which is not known yet. The court adjourned another hearing for Monday Nov. 19.


In a fresh twist, the AG said on Monday that evidences show the direct involvement of the top leadership of NISS. He restrained from giving further details on the allegations, but said the attack was a coordinated act which at the core of it aimed to create the impression that, because the accused are from the ethnic Oromo background, Prime Minister Abiy’s own constituency of ethnic Oromos didn’t approve him as the prime minister of the country.

However, many consider his statement as pointing fingers at Getachew Assefa, former long time serving head of NISS who was sacked by PM Abiy Ahmed and was replaced as head of the elusive spy agency in June 2018. Getachew Assefa has since gone to reside in Mekelle, the capital of Tigray regional state. In the last week of September, Getachew was elected as one of the nine executive committee members of the TPLF, a party governing Tigray regional state. 
In a press briefing, the Attorney General Berhanu Tsegaye said that the arrests were made following five months of investigations, which he, stressing on the complexity of the case, said has extended beyond and above ethnicity, political and religious affiliations of the accused.

Unlike his reserved details on the bombing suspects, the AG went to great length to describe the investigations into the gross human rights violations. According to him, the rights violations which are all compounded in gruesome practice of torture by the security and intelligence apparatus of the state on those Ethiopians who were particularly jailed after having been accused of terrorism offenses and opposition political party members.

Narrowing down the allegations into the practice of torture, the attorney general pointed out that its investigations have uncovered that the practice was not only limited to prison cells, but also seven illegal private detention facilities found in the capital Addis Abeba alone.

The AG’s allegations are familiar tales for Ethiopians which were out in the open especially following the mass release in February this year of thousands of prisoners of conscience.  What came as a chilling experience for many, however, was to hear the AG admit publicly what every Ethiopian knows inside out. He went on describing torture methods, including but not limited to, removing fingernails, inserting pen on suspects’ noses, leaving suspects overnight tied to trees and naked, electric shock, hanging bottles of water on male genitals, gang raping women and sodomizing male suspects, using pliers to pull male genitals, and waterboarding.

Main suspects of these chilling allegations are mostly drawn from the country’s top spy agency, the National Intelligence and Security Service (NISS – both for federal and regional states), and prison police. Top in this list is Yared Zerihun, former deputy head of NISS and Commissioner General of the federal police commission, the later a stint which lasted from April 19 to June 06/2018. Yared was appointed to lead the federal police by PM Abiy Ahmed during his first cabinet reshuffle in April but resigned in June citing ill health. Although he tops the list, Yared was apprehended on Thursday Nov. 15 in what the police said was a hotel room in Dukem, 30 km south of Addis Abeba while trying to escape.

The number of suspects in this category as of yet stands at 37. But the AG implied this number could grow once those on the run and those who have fled the country are apprehended. At the heart of the investigations into massive corruption is the state owned Metals & Engineering Corporation (MetEC), which was first set up in 2010 and took huge stakes in the construction of Ethiopia’s multi-billion dollar state owned mega projects including the Grand Ethiopian Renaissance Dam, ten sugar factories, and a fertilizer factory. The AG accuse MeTEC officials that between 2012 and 2018 only they have made international procurement worth 37 billion birr (around US$2 billion) without proper tender where relatives of the MeTEC officials and those within their networks appeared as the bigger players while the projects the it took faced unprecedented delays.

Major among this scandal are the purchase by MeTEC of two outdated ships  from the Ethiopian Shipping Lines (now renamed Ethiopian Shipping & Logistics Services Enterprise) and dozens of old aircraft which were used for private purposes among the former officials, including its CEO Major General Kinfe Dagnew. One of these aircraft has now vanished, with its whereabouts suspected to be in Egypt.

Mismanagement of funds and corruption within MeTEC was a target of a series of reporting by the independent Wazema Radio, an Amharic podcast established by exiled Ethiopian journalists, in the weeks preceding the AG’s crackdown. However, a simultaneous release of two hours documentary by major state owned broadcast media, including the national broadcaster, ETV, narrating some of the major misdeeds within MeTEC has left Ethiopians in shock, despite raising ethical questions on the presumption of innocence until proven guilty.

The 63 suspects who were arrested during the weekend of November 09 have all appeared at the federal high court 10th criminal bench in the capital Addis Abeba for a pre-trial hearing on Monday November 12 which lasted until 9 PM local time. The court has denied all suspects the right to bail and has granted the police 14 days to remand and investigate all.

Monday’s trial was followed by dramatic arrests of high level officials from MeTEC and NISS, Major General Kinfe Dagnew and Yared Zerihun on November 13 and 15 respectively. The pre-trial hearing for M.G. Kinfe Dagnew & six others, including his brother Esayas Dagnew, Chief Operation Officer of the state monopoly Ethio Telecom until June 2018 when he was sacked, Fistum Yeshitila, a former entertainment news anchor at the national broadcaster ETV took place within two days at the federal court 10th criminal bench.  Judges have denied M.G Kinfe’s request for public defenders after the police said they have evidence of a recent money deposit & withdrawal by the general amounting 100, 000 birr. The police also argued that Major General Kinfe has a bank deposit at Awash Bank amounting 5, 335 birr, as well as a house and private car and therefore he should not be eligible for public defenders, an argument the defendant denied all together. “I have nothing, no house no car, no property; all I have is my own self,” M.G Kinfe said.  The court has however allowed his brother Isayas Dagnew to get public defenders and adjourned the next pre-trial hearing until Nov. 19/ 2018.

Similarly, a pre-trial hearing at the federal Court 10th criminal bench today, the police accused Yared Zerihun of gross human rights abuse & corruption. Yared is also accused of collaborating with the former head of NISS, Getachew Assefa, now treated as fugitive after a warrant is issued for his arrest.

The police have accused Yared of ordering prison police to torture prisoners such as having them attacked by ants, pulling their genitalia with pliers, ordering the hanging upside down of prisoners, as well as forcing them to travel to Eritrea and bring weapons to incriminate themselves. The court adjourned a hearing on Nov.20 when Yared is expected to bring his own defense lawyer.

On his part, Yared, who was detained yesterday, told the court that he has been deprived of contact with anyone outside the prison & is kept alone in a room. The police denied both & requested 14 more days to remand & investigate Yared. The court will rule on the police’s request on Nov 20.

The arrests have continued and the latest high profile official to have been arrested today was Colonel Assefa Yohannes, general manager of the defense power engineering department at MeTEC.  The police accused Colonel Assefa of resigning a contract with more than US$5. 7 million between Tana Beles I Sugar factory and an unnamed Chinese company. He is also accused of helping yet another unnamed company, which signed a contract of US$ 6.4 million with MeTEC, to disappear with more than US$1.9 million of the project money. Like the rest, Colonel Assfa’s pre-trial hearing is adjourned until Monday November 19.  The Colonel told the court that he too cannot afford for private defense lawyers and therefore would like to have public defenders. The court is expected to decide on his request come Monday. AS

Analysis: Perpetual poverty in the shadow of Ethiopia’s ‘Safety Net’ 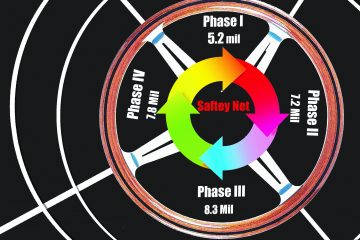