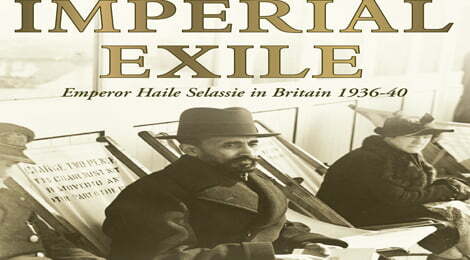 Last month, book shelves around the world added to their collection “Imperial Exile”, a book about Ethiopia’s last Emperor Hailesselssie I. Written by Keith Bowers, the book, unlike many other books about the late Emperor, reveals details of the “five missing years” of the Emperor during his exile in the British city of Bath. The author, Keith Bowers, first visited Ethiopia in 2001 and taught for several years in the School of Journalism and Communication at Addis Abeba University. Before that he worked for the BBC for nearly two decades, including running a program strand which produced award-winning international television documentaries. He is based in the UK for most of the year and spends his time travelling, researching and teaching. “Imperial Exile” is the second book by Keith Bowers. His first, “Viewing History”, details an eyewitness account of decisive moments in recent world history.

Addis Standard – Why do you want to write about the Emperor’s time in exile? Why not something else about him?

Keith Bowers – The idea for my book came soon after I moved to the British city of Bath three years ago where the Emperor spent most of his exile. I wanted to research and write about the response he and his fellow refugees received from the local people and his dealings with the British government at the time. In the book I do provide some general context about the Emperor’s upbringing and later life but I wanted to cover one facet of his life in considerable depth rather than attempting to cover too much ground. In addition, I have always been intrigued by the grueling experience of exile which has been endured by many men and women throughout history, even to this day.

AS- There have been a collection of other write-ups about his time in exile including one by the late Ambassador Zewdie Reta, as part of the Emperor’s autobiography. What will yours add into that collection?

KB – Many books have been written about the Emperor but actually there has been surprisingly little detailed coverage of his time in exile in Europe. Many authors concentrate on the Emperor’s speech to the League of Nations in Geneva in 1936 and say he had a difficult time later living in Bath without supplying much detail. I was interested in exploring this largely unknown territory and have tried to imagine what the exile must have been like for the Emperor and his entourage. Above all, the book attempts to tell an accessible human story rather than having a predominantly academic or political approach. 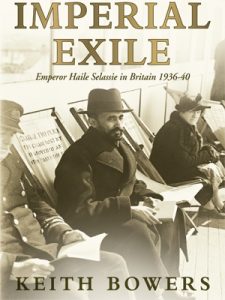 AS – Many Ethiopians resent his departure at a time when he was most needed during Italy’s invasion of the country, which ultimately led to a collapse of the state. Do you think your researched reflection of the Emperor’s time in exile would help Ethiopians understand the logic behind the exile itself?

KB – I don’t know. I imagine there will be a variety of responses to this issue both in Ethiopia and elsewhere. I do explain why the Emperor and his advisors chose to leave Ethiopia in May 1936 and appeal to the League of Nations. Such a move at the time was obviously completely alien to the people of Ethiopia who were used to their warrior kings fighting to the death. Of course, the exile period ended with the Emperor returning to Ethiopia together with British forces to defeat the occupying Italian troops. We shall never know whether the eventual outcome of the war with Italy would have been any better for the Ethiopian people if the Emperor had decided to stay in 1936. People will no doubt come to their own view on this question.

AS – Do you think Ethiopians would be interested in knowing the “five missing” years of the Emperor more than seven decades later?

KB – I hope many Ethiopians will be interested but I know that history is not everyone’s cup of tea. In my country there is a continuing fascination with what happened during the turbulent decade of the 1930s and of course my book is also written for British and international readers as well as for those in this country.

For example, my book sheds some light on how the governments of Europe responded to the invasion of Ethiopia by Mussolini’s fascist regime. My research raises some matters of principle such as collective security which is still important in the international arena today.

AS – Not to give away the content of your book, if you can tell us the one thing that fascinated you the most during your years of research to publish your book?

KB – I have been especially fascinated by the contrast between the attitudes of the British people and government towards the Ethiopian exiles and nation back in the 1930s. The citizens of Bath were very supportive of the Ethiopian cause and were keen to back an underdog whose country had clearly been wronged by military aggression. However, members of the British establishment had a more conflicted and contorted response because they were attempting to balance supporting the principles of the League of Nations with trying not to upset Mussolini whom they feared could be driven into the arms of Hitler.