Addis Abeba, October 12/2020 – Twelve civilians were killed in Mandura Wereda of Metekel Zone, Benishangul Gumuz Regional State, yesterday, October 11, 2pm in the evening. According to the region’s Peace Building and Security Bureau Head, Gashu Duggaz, civilians were caught in a crossfire that erupted between individuals in Duhanzbaguna Kebele.

The conflict arose as a result of three people who allegedly stole a firearm from an individual, according to reports from Metekel Zone Communications Office. The Head of Peace Building and Security, Gashu Dugaz attributes the attacks to “the family of the man who was robbed of his weapon who in a revenge attack shot and killed civilians”. He also stated that the culprits were brought to justice and the federal and regional forces are working to capture the remaining culprits. The 3 men who allegedly robbed the firearms have fled the scene and are still on the loose.

“Although the conflict took place between individuals, an investigation is underway to determine whether there are other forces behind the incident”, he said. He also acknowledged  that there have been frequent clashes in the region, but “Yesterday’s killing was not based on ethnicity” he emphasized.

He urged the public to remain calm and carry out their daily activities while security forces are working to stabilize the region.

It can be recalled that on September 24, more than 20 civilians were killed by “unknown assailants” in Bengez Kebele, Dangur Wereda of the Benishangul Gumuz. Consequently, five weredas came under command post and on September 28, Benishangul Gumuz Prosperity Party has sacked 45 officials from their post due to their “inability” to fulfill their duties and 10 were charged for alleged involvement in the recent security problems. AS 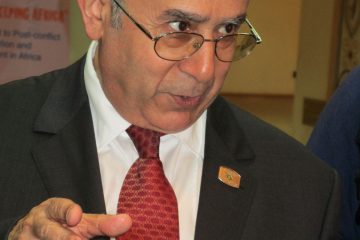