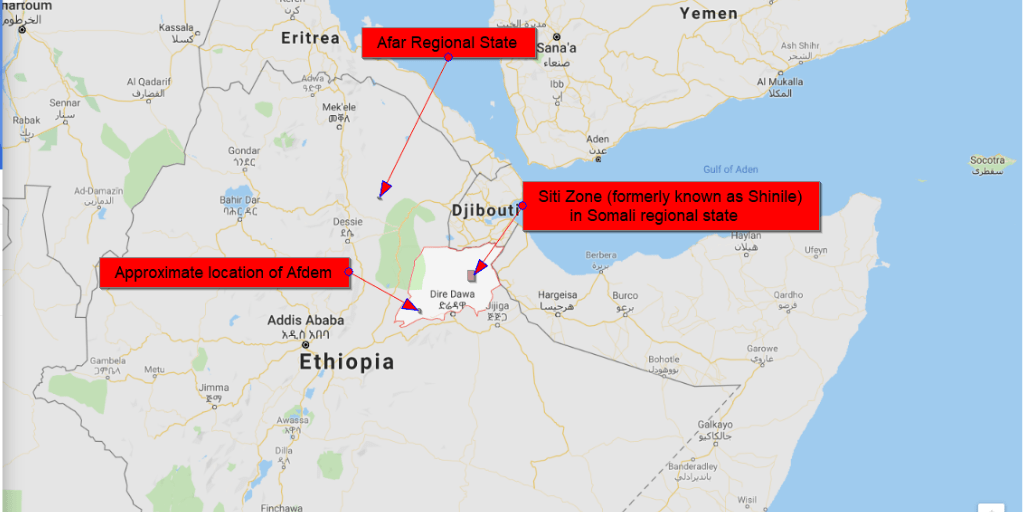 Addis Abeba, May 03/2019 – At least eleven civilians, many of whom pastoralists, were killed by members of the Afar regional state special forces, Mustefa Omer, president of Somali regional state confirmed to Addis Standard.

Earlier reports came out from several individuals with family ties in the area indicating that the civilians were killed by members of the Liyu Police. Addis Standard reached out to Mustefa to confirm the information. “It is true,” Mustefa said.

Clashes between armed elements in Afar and Somali regional states have been recurring in recent months promoting protest demonstrations from both sides.

According to Juweria Ali, a doctoral candidate in politics and international relations in London’s Westminster University, yesterday’s killing happened in Adayti, Undhufo,Garba-Issa, Dan-la-helay, Adayle and Madame areas under Afdam, Ma’ayso and Gablalu districts in Sit Zone. Earlier this year Dan-la-helay village was burnt to the ground. Yesterday, 11 were killed.” The information was confirmed by Mustefa Omer.

Addis Standard wasn’t able to establish the immediate reason that prompted the attack on the civilians. Our attempts to reach Afar regional state communication bureau were to no avail as of yet. AS