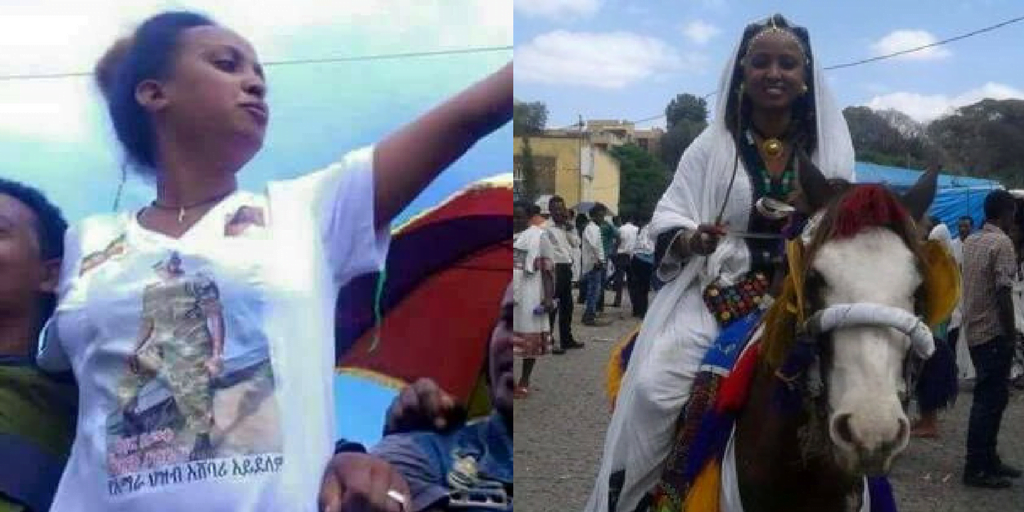 Addis Abeba, Nov. 14/2017 – The federal high court 4th criminal bench has today passed key ruling in the case against activist Nigist Yirga and five others charged in the same file with terrorism related offenses. According to the ruling, Nigist and the five others with her: Alemneh Wase G. Mariam, Tewdros Telay Kume, Awoke Abate Gebeyehu, Belayneh Alemneh Abeje, & Yared Girma Haile should all begin to defend the terrorism charges brought against them by the federal prosecutors.

All the six defendants were detained in the wake of the Amhara protest in northern Ethiopia and were subsequently charged with terrorism. The charges against then include accusations of membership to the Patriotic G7, an organization branded by Ethiopia’s ruling party dominated parliament as a terrorist organization; taking part in terror related activities during the protests; communicating terror related materials via social media; soliciting financing to organize vandalism to destroy government and private properties; as well as preparation to carry out terrorism acts in various parts of the Amhara regional state, among others. 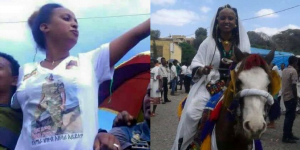 All the defendants have pleaded innocent to the charges against them during the protracted hearings since then, but on Jan. 31/2017 the court has rejected all of the preliminary objection statements from the defense team.

In addition to the protracted hearing dotted by several miscarriages of justice, Nigist Yirga, 24, has been repeatedly complaining about prison abuse to the court, including, limited access to visitors, torture and sexual molestation.

Nigist Yirga is one of the most recognizable faces of the summer 2016 Amhara protests that rocked the regional state in cities including the capital Bahir Dar and the historic city of Gonder. She was pictured wearing a t-shirt in one of the protests that read “The people of Amhara are not terrorists” and printed picture on it showing Colonel Demeke Zewde, himself in a prison in Gonder.

The federal court adjourned hearing of defense statements for 21 and 22 December 2017. AS