News: Victim’s brother in Weldiya describes finding the body of his brother riddled with five bullets

Addis Abeba, January 24/2018 –  In an interview he gave to the BBC Amharic, Kidane Getachew, the brother of Gebremeskel Getachew, one of the victims of the weekend’s killings by security forces in Woldiya city, spoke of finding the body of his brother “riddled with five bullets.” He also said his brother was on his way home after the religious festival on Saturday, January 20, when he was shot by security forces in an area locally known as Mebrat Hail.

According to Amare Goshu of the Amhara regional state police bureau, seven people, including one security officer, were killed and more than a dozen were wounded when security officers opened fire at religious festival goers during the celebrations of Timket/Epiphany.

However, residents of the city as well as activists put the number of causalities higher. In an interview with Addis Standard, Alemayehu Yemiru, a resident of the town said on Saturday that the number of causalities could be “much higher.” “It is hard to know the exact figure at this point before this chaos has subsided.” And according to a nurse in Weldia General Hospital, at least 18 people were also admitted to the hospital after sustaining “wounds from gun shots”; seven of them have sustained “serious injuries.”  Activists also say children and the elderly are among the victims. DW Amharic reported that a 14 year old teenage was also among the victims. Laying in a hospital riddled with five bullets

“My brother was hit by five bullets. They shot him with five bullets so he won’t survive,” Kidane was quoted as saying. He also said there was “no disturbance” in the area where his brother was shot to death. “I don’t understand why they needed to kill him. We don’t even have someone to tell us why he was killed.”

Kidane discovered the body of Gebremeskel when he went to the city’s hospital after Gebremeskel, a father of a five year old girl and a businessman working at his metal workshop, failed to answer his phone. “As soon as I heard there were disturbances in the city I repeatedly called him but he was not answering. Worried, I went to the hospital and found his body with bullet holes,” Kidane said, adding Gebremeskel was hit at his neck, chest , abdomen and genitalia. “I found the blood covered body of my brother laying in the hospital.”  He also said security forces were preventing the public gathering on Sunday during Gebremeskel’s funeral.

Less than a month ago the family has already lost Gebremeskel’s younger bother to illness. One of Gebremeskel’s friends on social media described him as “kind, hard working and generous.”

In a statement issued yesterday, Ravina Shamdasan, spokesperson for the OHCHR, said the UN was “extremely concerned by the use of force by security officials against worshippers celebrating the Ethiopian Orthodox festival of Epiphany this weekend that left at least seven people dead and a number injured.”

Citing its sources, the High Commission said the killings happened “when the security forces tried to stop people from chanting anti-government songs and allegedly opened fire on them. Protesters reportedly later blocked roads and destroyed a number of properties.”

The High Commission called the killings “all the more regrettable as it comes just two weeks after Ethiopia’s ruling coalition, the Ethiopian People’s Revolutionary Democratic Front, officially announced its intention to undertake reforms.” It also called for “a prompt, independent, impartial and effective investigation to ensure those responsible for any violations are held accountable.”

Gedu Andargachew, president of the Amhara regional state, has held a town hall meeting with residents of the city and its environs. In an earlier interview with the Amhara state TV, Gedu denounced the killings and said any form disagreement should have been resolved peacefully.  However, Amare Goshu of the police bureau drew the ire of many when he said protesters were told to stop singing the anti-government songs and they have been throwing stones at security forces, which prompted the killings.

A resident who was interviewed by the VOA Amharic spoke of unprovoked intimidation by the security forces from the national defense force already as of Thursday, before the festival began. Residents of the city also complained of heavy security presence. One interviewee told Addis Standard on Saturday that there were “heavy security presence, including members of the federal army and the region’s police forces” throughout the festival since last Friday. “The only ones that were not armed were the city police forces,” said our interviewee, adding “I don’t understand why the security forces needed to open fire at the young people who were doing nothing but singing protest songs and marching through the city,” he said.

The city was placed under heavy presence of security as of  December 03, 2017, when a football match planned to happen between Mekelle city and Woldiya city was cancelled after protests have erupted in the city the previous day.  Several properties including some owned by businesses from Tigray regional state were damaged during the protests. A week later Tigrayan students from the Woldiya University have briefly left their campus for fear of ethnic clashes. They were quickly returned following interventions from local elders.

However, tensions have returned to the city on Sunday and Monday when angry protesters attacked business and residential quarters belonging to business people from the Tigray regional state and city officials, including reportedly the mayor’s residence, according to several sources. The tension seemed to subside following the decision by the regional authorities to release all individuals who were detained in connection with the protests denouncing the killings on Saturday. AS

News: Victim’s brother in Weldiya describes finding the body of his brother riddled with five bullets 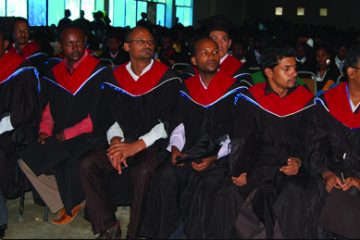