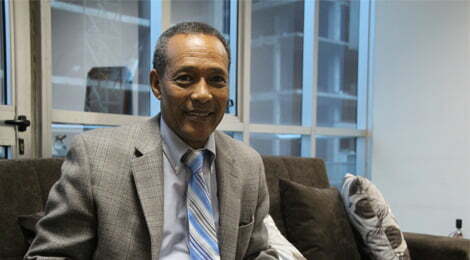 It was January 1978, the height of Derg’s Red Terror campaign. At 21, I was a last year student at the business department of the Addis Abeba University (AAU). Derg’s campaign of terror was targeting university students. Its brutal crackdown against the Ethiopian Peoples’ Revolutionary Party (EPRP) and the All Ethiopian Socialist Movement (MEISON) forced students to give up on peaceful struggles and take arms. The majority of students from Tigray and Eretria in the north have already left the campus en mass and the remaining, especially Oromo students and students from other parts of the country, were participating in urban student movements, which made universities the prime targets of Derg’s brutality.

The season was a term exam season but at night the arrests intensified; that was when I was taken by the police while walking to campus to spend the night. About 50 Oromo students were also arrested the same night. The police first took us to the Headquarters of the Derg where we were joined by hundreds of other Oromo students; many of us were suspected of having links with the Oromo Liberation Front (OLF).

There and then at the Derg’s headquarters the torturer began.

The office had something strange. The tools hanging from the wall made it look like a car garage and there was Joseph Stalin’s picture hanging on one side of the wall. There were metal knobs hanging all over the wall, and metal rods were littered at every corner; rubber ropes and water pipes were also hanging on thick wooden frames. Then it occurred to me that the place was no garage, but a torture chamber. The tools were no spare parts but torture tools.

That was the office where my torture ordeal began. The first night was the hardest. They removed my shoes and hanged me upside down. They used every tool available to torture me through the night. The painful one was the beating with the rubber ropes on the soles of my feet.  When I woke up the next morning, I found myself lying in front of an elderly colonel [name withheld] who I thought would have a father like figure. He looked at me and without uttering a word he called for his deputy and ordered him to bring a kit. It looked like a medical kit and I was relieved because I thought they were going to treat my bleeding feet. I was mistaken. After an exchange of a brief eye contact between the two men the deputy pulled a big scissor out of the box and started piercing my feet, he pulled my toe nails and finally poured concentrated iodine on my feet. At this point, I passed out…..I have no recollection of what happened after that. I woke up the next day and saw that my feet were bandaged. I felt better but when they called me again and started torturing me while my feet were still bandaged I realized that I haven’t experienced the half of the pain to come – when they unwrapped the bandage, it took away the flesh from my sole.

After months of endless torture at the Derg’s headquarters, I was sent to Ma’ekelawi. My feet were rotten and the rest of my body was in a very bad shape. I was convinced that I was sent to Ma’ekelawi to die. Instead I was welcomed by a group of other detainees who have gone through similar experiences and have beaten the odds. There were prisoners from all over the country and most of them were, like me, university students.

In Ma’ekelawi I joined prisoners at block number seven. It was a block where notorious prisoners (in other words political dissenters) were kept. I was warmly welcomed by fellow inmates. They took care of me: gave me milk, and washed my wounded feet with feathers and salt water to prevent further infection (there were prisoners who died after developing gangrene as a result of infections.)

The room was 4×4 square meters so there wasn’t much of a space where I can comfortably lay to nurse my battered body, but my cellmates fixed a special space so I can nurse myself with as little space as possible. One of my cellmates was Yibreha Nega, the brother of TPLF veteran Sibehat Nega. Yibreha was a loving man; I remember he was the first one to invite me for a cigarette; he said it would help me cop with life inside Ma’ekelawi.  Sadly, Yibreha, who was a teacher, never made it out of there. He was one of the hundreds who were called at night to be killed. I lost six of my close friends in the first two years alone. They were taken out of our cells and killed either by hanging or firing squads.

Aside from the torture, which never stops, to be incarcerated in Ma’ekelawi was like to die every day. Every night our friends’ names would be called for interrogations. Some would come back broken both mentally and physically, and some never made it back. There was a high turnover of prisoners and I didn’t know whether I would be the next or not; all I knew was that the next day I was still alive. But I refused to let that fear take the best of me, so shortly after my feet started healing I began cleaning our block; we created good friendship to help one another get through the bad times. In my group I was selected to be in charge of hygiene and finance. The feeling of fraternity was what kept us going; Ma’ekelawi changed us all and we changed it too.

Out of the 10 years I spent in jail, I spent the first five in Ma’ekelawi. After that I was transferred to “Kerchele”, another notorious prison where the African Union (AU) headquarters is located at and where I went through another life changing experience…