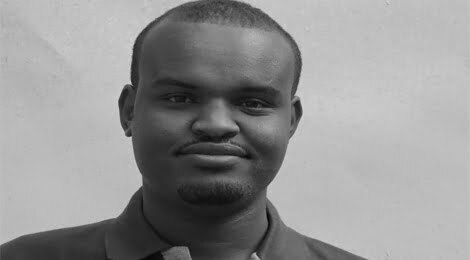 On April 25 2014, the day Abel Wabela was taken to his cell at Ma’ekelawi, he was overcome by a feeling of confusion and physical exhaustion. Once inside the center, “they took my belt, my shoe; they opened the door of the cell and [pushed] me inside,” he remembers. The room was pitch-dark; he couldn’t make head or tail out of it. Other inmates who had already been inside gave him blankets and “I fell asleep right away”. It was only the next morning when he woke up that Abel was able to fully grasp his new reality.

Abel was no stranger to tales about Ma’ekelawi. Since he started following Ethiopian politics, he had been aware of the horrible stories coming out of the shady institution and he had read some of the human rights reports with strong allegations. But now he had to come face to face and get a taste of it himself.

The cell was very cold, Abel says. Inside there were seven other detainees. All he could see are plastic bags and buckets. The mattresses to sleep on were not thick enough to resist the cold coming from the cement floors. His cellmates (some of whom had been there for quite a long time) explained to him that the mats used to be even thinner. They also told him that twice a day, in the early morning and late afternoon, they’d have bathroom breaks; and they would go outside for sunlight for fifteen minutes. Besides that, the rooms were locked all the time.

He didn’t see his lawyer or family for three weeks. “And after they allowed me to contact them, once a week that is, on Fridays, it went on very irregularly. There were days when I didn’t get to see them,” he confides to this magazine.

Sleep deprivation was commonplace as he was often called in the middle of the night for interrogation.

The interrogation predominantly focused on the origin, direction and purpose of Zone9, a blogging collective of which Abel was a founding member. “I told them we were just a bunch of young people concerned about our country and people,” he says, “and our aim was to make a platform for public discourse in which ideas can run free. They were not happy with that. They kept on asking what will happen after ideas ran free.”

The interrogation went sour after Abel dared to confront one of his interrogators. “I asked him boldly why [the ruling] EPRDF was afraid of ideas. He went totally mad. He started kicking me like a crazy person,” he says struggling to control his emotions. “Before I was jailed I already have a problem in my left ear. So when he started kicking me I asked him not to hit me on my left ear. But he did exactly that.” After being made to return to his cell, Abel cried all night long. “My ear was echoing all night.” The next morning he explained his situation to the person in charge and asked for a physician. “But he said it was not a big deal.”

It was not the first time that Abel was tortured. Nor was it the last until he was set free a year and half later.

“I was first hit by the interrogators after they asked me about my ethnicity and I told them I prefer to be identified simply as Ethiopian,” he says. He brought this incident at the court when his case was being seen. “The judge didn’t do anything. In fact when I returned back to Ma’ekelawi my interrogators told me that there was nothing I’d bring by reporting them to the court.”

The most horrible torture came later though, when “I refused to sign a statement of confession they brought. I told them that that was not my word and if they wanted me to sign it they had to make some amendments.”  But they resorted to force instead. “They stroke the soles on my feet with a stick and computer power cable. When I still refused to sign they took me, still handcuffed, to a dark room and tortured me more. They even let me lay down and stumped on me, including my face,” he says. Eventually he signed the paper but only after they made the amendments he demanded.

It’s been six months now since Abel left prison. But the 84 days he spent at Ma’ekelawi before he was transferred to Qilinto, a prison in the outskirt south of the city, do still have a profound impact on him. “I used to be more conservative and used to want to control everything in my life. Now I am not like that. I tried to live smoothly but all of a sudden some unexpected details trigger a memory,” he says. He particularly cites an incident in which he was attending a court case and saw his abusive interrogator standing by casually. “He was there like nothing happened, like nothing happens. He was just another man like everybody else. But he was allowed to abuse me.”

Before being jailed, Abel worked as a tools engineer at Ethiopian Airlines. “But they terminated my contract even though I have papers from the court declaring my innocence,” he says. He is now in two court cases with his former employer; he has sued Ethiopian “for their unconstitutional and illegal act” and they on the other hand have sued him for breach of contract. “When I was hired, I took a training and singed a contract to commit for seven years. Otherwise I had to pay seventy thousand ETB. Now after terminating my job they want their money back,” he says with a tinge of ironic smile of a man whose life is hanging in the balance after his experience at Ma’ekelawi.