Somalia’s President Hassan Sheikh Mohamud has said that he expected a new military drive by AMISOM and Somali National Forces against Al-Shabaab militants to start shortly.

In an interview with Reuters in Washington where he was attending the US-African Leaders Summit this week, he said “Operation Indian Ocean is going to start within the next few days,” adding that “we have all the measures in place to make sure that Operation Indian Ocean will definitely succeed.” President Mohamud referred to the attacks in Mogadishu as the “last kick” by Al-Shabaab which was, he said being squeezed by Somali forces and AMISOM. These attacks are “a sign of weakness,” he stressed. Al-Shabaab’s area of control was shrinking and so it was changing tactics. The President pointed out that “Al-Shabaab has been attempting to eliminate myself and other top leadership. But they couldn’t succeed in the past and they can’t succeed in the future. 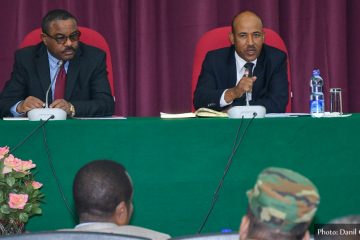