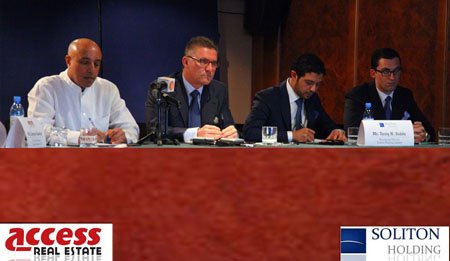 Access Real Estate S.C (ARE) claims the private sector in Ethiopia was “able to construct no more than 12,000 units for the last 40 years.” That is a bad prospect for a country of 80 million-odd, of whom more than three million live in its capital, Addis Ababa. “The result was an acute housing shortage in urban areas,” says ARE, an Ethiopian company established in February 2008 by 652 shareholders. 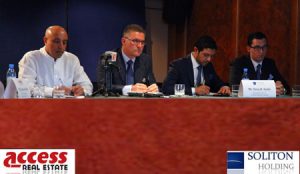 In Sep. 2011, this magazine highlighted the troubling housing shortages in Addis Ababa, a city, according to the 2007 census from the Central Statics Authority, is home to 23% of the total urban population in the country.  That is 8 times more than the second largest city – Dire Dawa.

Some estimates say a terrifying 80% of the city’s residents live in neighborhoods with no housing standards and hygienically hazardous conditions.

A few years ago, the government launched a massive condominium project for residents who earn from “300 to 1,300 br. in gross monthly family household income.” That didn’t go quite well as planned, although the project hasn’t been stalled completely.

Having realized the persistent gap in housing in a city now considered as the capital of “the third fastest growing economy in the world”, the private sector stepped into real estate business, of which ARE  claims nearly 65% of the market share.

Still, ARE  asserts “the scale of the problem could only be understood in that, despite large-scale private and public housing developments projects, conservative estimates show demand for housing runs in hundreds of thousands of units, and virtually in all cities.”

Despite the dire need for housing ARE, like many other real estate companies in the country, has had a rough ride with the erratic land related polices of the government resulting in a broken promise to deliver the unique housing units it pioneered in the real estate industry in Ethiopia.

Answering to this magazine’s questions, Ermyas T. Amelga, the CEO of ARE, admitted the first three projects were behind schedule. But there are at least a dozen overwhelming factors literary beyond the control of the company, although it too takes a small share of the blame, “may be 10 -20%,” Mr. Amelga says. “We entered the real estate business may be six months before basically all hell broke loose. The whole sector has been in chaos primarily because of issues related to land administration, changes in policy, changes in zoning, changes in the master plan, and changes in title [deed] processes.”

In the backdrop of this ARE entered into a joint venture worth 2 billion birr with Silton Holding Ltd, a Dubai based international company that has offices in the Middle East, Asia and Africa, and whose managing partner believes “the burden of doing things at an economy that is growing at 10% GDP is not easy,” nor it is unique to Ethiopia.

Speaking to this magazine Jurgen E. Herre, managing Partner of Soliton Holding Ltd, insists his company faces “international cultures and so many different business practices” around the world and have been preparing itself for the last two years before the joint venture with ARE was finalized. He fondly refers to Ethiopia as a country that reminds him of “Dubai 1995” and insists in “20 years you will not recognize Ethiopia.”

The agreement will see “Soliton investing over the next few years approximately 2 billion birr into the nascent Ethiopian real estate market. Under the agreement framework, Soliton will begin to provide project management and other technical resources to support ARE’s existing lineup of developments in due course,” according a statement from ARE.

Soliton has over $30 billion (875 billion Birr) worth real estate projects across Europe, the Middle East and Asia while ARE is currently running “23 projects in its pipeline of which 12 are currently at varying stages of construction.”

Mr. Amelga is optimistic that while the financial injection by Soliton Holding is valuable, [the word] “transformation will not be an exaggeration” in terms of how it will change the way ARE does its business and its execution capacity.

Given the look of sincerity in Mr. Amelga’s and Mr. Herre’s faces, it will be hard to prove both wrong. But yet again much will significantly depend on the government’s policy that, at some point in the past few months, had gone to the trouble of bringing every construction executed by every real estate in the country to an awful standstill.

Now if all goes as planned ARE has already finalized preparations before the agreement with Soliton Holding was signed to deliver 1, 200 units over the next 12 months. Mr. Amelga dared say it was “more than [what] the whole industry has delivered in the last three years.” He challenged this magazine “to go and check, but I don’t think you will.” That may be right; so far real estate industry in Ethiopia has been one of the most jumbled and controversial business.

To Mr. Herre delivering 1, 200 units of houses within such a short period of time is simply “mind boggling,” but he believes ARE can do it; a gentle reminder that his company’s choice of partnership stands on a solid ground.