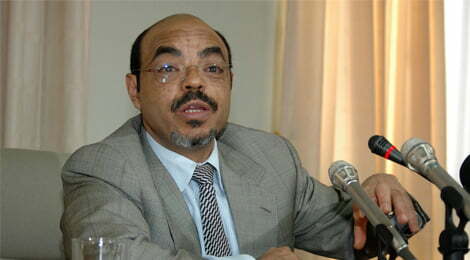 A month long rumor ends with no definite answer

Bereket Simon, Ethiopia’s Minister for the Government Communication Affairs Office, (GCAO), says that Prime Minister Meles Zenawi has had a minor health problem but dismissed reports that he was in “critical” condition.  Bereket also said PM Meles was prescribed a long ‘sick leave’ and that he will be back to his official duty in due time.

According to Bereket the Prime Minister has been shouldering demanding regional and continental responsibilities and was tired both “physically and mentally.”  He says doctors treating PM Meles have prescribed him a long “sick-leave”

Amidst a complete information blackout from the government’s side on both the whereabouts of the PM and his health status, a month long rumor came to a concerning twist when PM Meles failed to show up in last week’s AU heads of state summit held here in Addis Ababa.  PM Meles also failed to officially see off the national parliament in to a summer recess, as was customary in the last a dozen and half years.

In the past 24 hours various media outlets including the BBC quoted AFP news agency saying PM Meles Zenawi was in “critical” state at a private hospital in Brussels. For “doctor-patient confidentiality” reasons, Bereket Simon didn’t reveal what the PM was suffering from, nor the specific date when he will be back to his official duty, as well as the country where he is being treated.

The ICC and Ethiopia - Still missing from the Statute