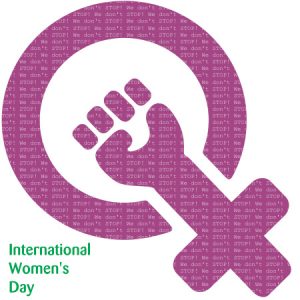 Following the oil boom witnessed since the ‘70s in the Gulf States, the hunt for foreign domestic workers, mostly women, to take up jobs less favored by the locals has seen a steep upward trend.  In Ethiopia, thanks to the removal in 1991 of exit visa requirements, immigration to the Middle East and to some extent the Gulf States quadrupled. Now it is taken as a means to earn a decent livelihood especially among women from urban families.

Kuwait, Jordan, Saudi Arabia and Lebanon are the major destinations for two main reasons: geographical proximity and the zero level of education qualifications required to secure a visa and presumably well-paying jobs.

As a result sending women to these countries has become a highly profitable business for the hundreds of “employment agencies” mushroomed in the city of Addis Ababa. Every day the foreign employment department at the Ministry of Labor and Social Affairs is swamped trying to serve these women and the agencies sending them abroad.

Mr. Ababaw Minaye, a PhD candidate and lecturer at the Addis Ababa University says “the results indicate that the women are motivated to travel to the Gulf States as migrant laborers due to a lack of employment in Ethiopia, their expectation of good pay and working conditions, the success stories of some women returnees, and the lobbying of brokers.”  His PhD dissertation deals with the gruesome realities of human trafficking to the Middle East and the Gulf States from Ethiopia.

Currently as many as 130, 000 Ethiopians are estimated to live as domestic workers mostly in the Middle East.

Professor Kevin B. Bales, director of Free the Slaves and a leading expert on modern slavery, defines today’s slavery as a “total control of one person by another for the purpose of economic exploitation.” He estimates the number of people currently trafficked worldwide for economic gains at a staggering 27 million. He argues – persuasively – slavery is not “a horror safely consigned to the past.” “The new slavery is not about owning people in the traditional sense of old slavery but about controlling them completely” he says.

Journey to the unknown

Professor Bales identifies three types of modern slavery: ‘chattel slavery’—where slaves are either captured, born or sold into permanent servitude; ‘debt bondage’—where servitude is ensured against the loan of money and where the length and nature of that servitude is indeterminate; and ‘contract slavery’—where contracts are ‘legal fictions’ rather than legally binding employment agreements, and thus conceal what are the real conditions of slavery.  The current situation in Ethiopia can be safely said to fit to last category of Professor Bales’ explanation.

Ethiopian women must first secure a visa through a method of sponsorship known as kafala, which legally binds them to their prospective employers. Although both the employees and their employers or sponsors are within their legal rights to break their contracts it’s often a trick on paper. This is a system that already puts Ethiopian migrant workers entirely dependent upon the mercy of their employers.

The process is facilitated by legally registered employment agencies based in Addis Ababa. But what is not clearly communicated to many would be migrant workers is that once in their host countries they are immediately required to surrender their passports and other travel documents to their employers. Before all things begin, the system of exploitation is already in place and is appallingly legal.

Ethiopian maids in the Middle East work from 16 to 20 hours every day, as frequently reported by Human right Watch, Free the Slaves and various independent researchers.  Ababaw says labor intensive overload is one of the major experiences of Ethiopian returnees. Most of them are forced to work for more than one household: their employer’s, their parent’s, and their sibling’s. “I serve 24 family members” said a woman interviewed by Abebaw, “rest is unthinkable. . . . I wake up early at 4:00 am and finish at 7:30 pm”. He stated the plight of another woman in his research: “with six families in her employer’s house and six families in his father’s house, she reported getting a heart attack due to the overwork”.

Upon the completion of their contract agreements, which are usually from two to three years, many of these women domestic workers return to Ethiopia physically exhausted, financially bankrupt (most of them send their salaries – when and if they receive payments  – back to their family), and morally degraded. By in large, they are the lucky ones.

A recent report by Human Rights Watch revealed that at least 95 migrant domestic workers have died in Lebanon since January 2007. About 40 of the cases were classified as suicides and 24 were described as workers who threw themselves from high-rising buildings, an attempt to escape their employers. 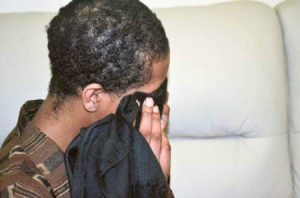 “Employers may be denying food and medication as a means of reducing their cost or to incapacitate their captives to make them more docile. Denial of medication can also be related to confining the victims,” Abebaw wrote in his published research paper.

Hawa Ali, a girl who absconded from her employers in Dubai

A good number of these women come home with physical disabilities of various levels sustained during abuses; or worse, as some of them reckon, parts of their body organs, particularly their kidneys, missing under discreet circumstances.

There are also cases whereby mentally troubled Ethiopian women were found abandoned in and around Airports.

The hardest cost to calculate

Sexual abuse is the one part that is hard to quantify. But it is a widespread phenomenon. Some returnees speak of gruesome sexual abuses inflicted by their male employers. According to Abebaw, “employer’s husbands, boys, guards, and strangers [are] the perpetrators.”

Other cases include tales by women who were employed as household workers but soon found their employers running clandestine brothels, subjecting them to prostitution, which is legally banned in most Middle Eastern countries.

Employers’ preferred method of continuing to abuse their employees is by denying them access to communication.  All these must be kept hushed.

Horrific tales of domestic workers abuse in Lebanon began surfacing to the spotlight during the summer of 2006, when Israel launched a thirty-four-day military offensive against Lebanon. However, not much has happened since then.

This is not unique amongst Ethiopian domestic workers in the Middle East. Workers from other countries notably the Philippines, Sri Lank, India and Indonesia are all faced with similar circumstances.

What makes the case for Ethiopian maids worse is that there are no Ethiopian embassies in many of the host countries. In Lebanon, for example, Ethiopia maintains a mere consular office which is inaccessible for many of the maids who have no access to communication and way to leave the house in the first place.

In June 2011, Madagascar’s government repatriated 86 women domestic workers from Lebanon after a report by Human Rights Watch revealed 17 Madagascan maids were killed in Lebanon in 2010.

Also a good number of these women are known to have been incarcerated for crimes they commit in which many of them say were in self defense. Some of them are on a death row while others are jailed for life.

Under these circumstances the blame invariably goes to the maids, says a Human Rights Watch report of 2011. Many of the cases that were brought to the courts provided no evidence of justice served sensibly.

Back in Addis Ababa, the immigration office where prospective maids queue to get passports never looked crowded than it is now. What was normally a three days process to secure passports now takes as long as three months. Majority of the applicants are women who want to go to the Middle East in search for jobs. It’s an endless cycle of viciousness.

The toll of ‘moral underdevelopment’