Ethiopian communities in the Middle East have formed a union to fight the abuse and suffering of Ethiopian migrant workers in the region.

After a meeting in Addis Ababa on Monday, a memorandum of understanding (MoU) was signed by representatives of Ethiopian communities in Jeddah, Riyadh, Bahrain, Dubai, Yemen, Lebanon and Qatar.

According to the Ethiopian Ministry of Foreign Affairs, the union vowed to defend the rights of Ethiopian migrant workers in the stated countries and fight illegal traffickers in coordination with the relevant government offices.

Recent studies show that the number of Ethiopian workers being smuggled into various Middle East countries has grown alarmingly.

Ato Rezene Lemlem, head of the Ethiopian Community in Jeddah, said that the increase in the number of illegal traffickers was exacerbating the problem of trafficking.

Ato Nebeyou Belete, deputy head of the Ethiopian community in Yemen, noted that there were a significant number of Ethiopians “wandering in different cities of Yemen after being smuggled by tortuous paths into the country”.

A recent BBC documentary revealed there were about 200 torture camps in Yemen alone where mostly Ethiopian illegal immigrants are being kept and constantly tortured by traffickers who demand money from the immigrants.

Recently a series of allegations of abuse against children by Ethiopian maids in Saudi Arabia, which Jeddah police said were highly exaggerated, led to a widespread uproar by the Saudis and the government which halted accepting migrant workers from Ethiopia. The Ethiopian government in return cancelled the visas of 40, 000 would be Ethiopian immigrant workers who were planning to travel to the KSA.

Most of Ethiopian immigrants in the Middle East go through treacherous journeys to get there; and are subjected to consistent abuses once there. 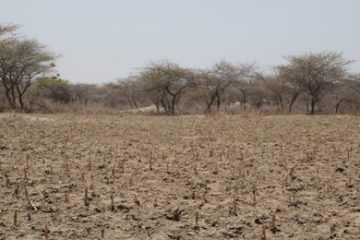