A country where 16% of the population “suffers from some kind of mental health disorders”, and just one specialized psychiatrist hospital
Kalkidan Yibeltal
Standing unassumingly at the foothold of Mount Entoto, the octagonal building of Saint Mary Church looks over the ever widening Addis Abeba. Built in the nineteenth century, the church, quite prominently, played host to the coronation of Emperor Menelik II and it is where the body of Empress Taitu, the founder of the capital, rested. However, it is not the appeal of history that is summoning numerous people to the chilly hills. In fact the church’s fame, as of late, is built chiefly upon its service of the holy water, which, worshipers believe, possesses such healing powers that patients suffering from ailments as grave as HIV/AIDS and Tuberculosis trek in the hope of receiving some miracle. Equally numerous is the number of mentally ill persons brought by family members pretty much from all over the country.

“Looking for divine intervention is a very common form of response for health issues in Ethiopia,” says Dagmawi Alemayehu, project coordinator at the Mental Health Society – Ethiopia (MHS-E), a local nongovernmental organization established in 2003 by families of individuals with mental illness and health professionals.

It is exactly to address this problem that MHS-E launched its Entoto Outreach Program. “We work with the church. We have awareness creation programs for priests and care givers. We also offer medications to the mentally ill who frequent the holy water,” Dagmawi told this magazine. The hardest part of MHS-E’s work is when patients abandon medication all together in favor of the holly water. Although “The use of holy water with modern treatment is quite unusual,” MHS-E has been able to come to an understanding and agreement with religious fathers by providing a series of awareness raising training sessions with religious fathers and holy water facilitators, according to a publication by MHS-E.
Ethiopia’ forsaken
Fragmented community surveys in Ethiopia have shown that severe mental illness is more often attributed to supernatural causes such as demoniac possession, bewitchment or evil eye, than as a result of biomedical or psychosocial causes, according to the Ethiopian National Mental Health Strategy (NMHS). As a result, “affected individuals and/or their families often seek help from religious and traditional healers rather than health facilities.”
The more common (and unsettling) picture involving persons with signs of mental illness and the general public in Ethiopia is similar to that of a relationship between the abuser and the abused. A deep-rooted taboo that is bent on depicting mentally ill persons as taken ill by a demoniac possession means abandoning persons with signs of mental illness is a routine exercise taken for normal. This is in a country where, according to MHS-E, about 16% of the population “suffers from some kind of mental health disorders.”

“Such attitudes are widespread and deep-rooted that the foregoing interventions are hardly sufficient,” said Dr. Tedla W/Giorgis, Mental Health Advisor in the Federal Ministry of Health, speaking to MHS-E. “We still have extensive work to do.”
The main factor that exacerbates the rate of neglect against mentally ill persons is the fact that care givers are also no less stigmatized by the society.

In a study titled “Self-stigma among caregivers of people with mental illness: toward caregivers’ empowerment”, and published on Journal of Multidisciplinary Healthcare in January 2014, Eshetu Girma and his colleagues argue that caregivers with high supernatural explanations about mental illness tend to display high self-stigma. Eshetu Girma et al further argue that caregivers’ self-stigma can negatively affect patients’ “treatment-seeking, adherence, and rehabilitation process”. Programs giving caregivers counsel¬ing by health care providers and establishing family support groups may be helpful to “tackle self-stigma among caregivers of people with mental illness”
It is a fact shared by Birhanu Boru and Berihun Assefa of Gonder University. According to them, attitudes towards mental illness may vary among individuals, families, ethnicities, cultures, and countries. The overall prevalence of stigma, often described as a social process, in Ethiopia is “…high. [Low] Education status, difficulties of adherence to antipsychotic medication, and duration of illness were factors associated with perceived stigma”, they wrote.

Andrew Greaves in his 2012 paper: “Mental Health Systems in Refugee-Producing Countries: The Access to Care, Institution and Culture of Mental Health,” recognizes that access to mental health facilities is an uphill battle in many developing countries of which Ethiopia is one.

Mental health concerns which can be related to or exacerbated by poor and dangerous living conditions are often the last health needs treated due to their internal nature; physical care for endemic and epidemic illnesses are normally prioritized.

Mental illness imposes numerous pressures on the society, of which economic pressure is one. This can be manifested in the form of loss of gainful employment, a subsistent reduction in the family income, the requirement for care giving, loss of wages and the high cost of medicines all contribute in financially affecting households. According to Abebaw Fekadu whose research, “Burden of mental disorders and unmet needs among street homeless people in Addis Abeba, Ethiopia” was published on Medicine for Global Health in 2014, globally 25% to 50% of the homeless population is reported to have some form of mental disorder (11-14 %) in high income countries. According to the World Health Organization (WHO), depression is currently the leading cause of non-fatal burden when considering all mental and physical illnesses, accounting for approximately 10% of total years lived with disability (YLD) in Low and Middle Income Countries (LMICs).

In Ethiopia, mental illness is the leading non-communicable disorder in terms of burden. Indeed, in predominantly rural areas of Ethiopia, mental illness comprises 11% of the total burden of disease, with schizophrenia and depression included in the top ten most burdensome conditions, out-ranking HIV/AIDS. Sadly, fewer than one in ten of the most severely affected people ever receive the treatment they need.

This is due in part to the unavailability of mental health care centers outside of the capital Addis Abeba. According to WHO, almost all Ethiopia’s psychiatrists and the majority of psychiatric nurses work in the capital, Addis Abeba.

Speaking at the opening of the first national mental health symposium held in Addis Abeba between 11-12 August 2014, the Minister of Health Dr. Kestebirhan Admasu, said “improved access to primary health care provides an excellent opportunity to also improve mental health services.” Dr. Kestebirhan was once the head of Amanuel Hospital, the nation’s only specialized mental health facility.
“In order to address the problem at hand Ethiopia is following an Integrated Mental Health Program,” says Yacob Seman, a team leader at the medical services department of the Ministry Health. “That is an approach which focuses on providing integrated services rather than specializing. As a result we are working to provide mental health services at least on a primary level on all state hospitals,” he told this magazine. According to him, general practitioners are taking psychiatric trainings, and that his ministry fully recognizes the noteworthy contribution of mental health toward the well-being and functioning of an individual. “It is with this basic concept in mind that a NMHS was designed.”

Aytenew Debebe of the Addis Abeba University highlights the importance of having a mental health law or policy for the protection of the rights of persons with mental disabilities. Since “15-17 % of the total burden of disease is caused by mental illness, it is seriously a concern to allocate an insignificant budget to the field.” Persons with mental illness are often “suffering from various forms of human rights violations behind closed doors in addition to the lack of mental health services,” Ayenew says.

Ethiopia’s constitution entitles mentally ill persons to various inviolable rights and protection from any harm. Article 41 of the constitution guarantees that the government “shall provide mentally disabled persons with all due care and treatment as much as it is affordable within the permissible resource capacity of the Ethiopian economy.” However, the people that are most likely to abuse mentally ill persons are family members and close relatives, making legal protection to abused mentally ill persons a near impossible task. MHS-E says: “family members send their relatives to prison on one pretext or another when it becomes very difficult or impossible to handle or tolerate the patient.”

According to Greaves Ethiopia has made legislative strides to improve its mental health access and awareness, but has failed to demonstrate the political will to live up to those standards. The WHO is also concerned with a “lack of awareness of the importance of mental health in [Ethiopia’s] overall development.” And “there is a lack of human resources in the mental health field.”

This begins with university training. But according to Greaves, only 2% of doctor training and 3% of nurse training programs address mental health. “There are only 0.02 psychiatrists and 0.3 psychiatric nurses per 100,000 Ethiopians, with a dangerously low 1.2 total mental health workers per 100,000.”

Although the government has launched the psychiatric Post Graduate Study Program at the Addis Abeba University, the department was able to graduate just 27 psychiatrists by the year 2013.
Hyenas and all that

MHS-E is home to countless unfortunate tales of people “devoured by Hyenas while undergoing Holy Water treatments. In Dec. 2013, a mentally ill mother, who had been staying at St. Stefanos Church, located near Meskel Square, in Addis Abeba, for Holy Water treatment, lost her son to a Hyena without any rescue. “This mother, now in her thirties, is suffering from a chronic mental illness, to which she is still alien,”

MHS-E further reckons the holy water site at Entoto St. Mary’s Church is “no exception to the recurrent furious attacks of Hyenas which have resulted in several mentally ill persons and their children being eaten.”

But Hyenas are not the only dangerous things mentally ill persons who travel to unknown places seeking the use of holy water are subjected to. Here in Addis Abeba, more often than not, stories of robbery, rape and murder committed against mentally ill persons make it to headlines.

Several initiatives implemented by MHS-E and others such as the National Initiative for Mental Health in Ethiopia (NIMHE), whose patron is Azeb Mesfin, the widow of the late Meles Zenawi, may show encouraging results, but the greatest change is a change in attitude by the society towards mentally ill persons. After all, to use a famous motto by MHS-E, “There is no health without mental health.”

Mahlet Fasil contributed to this story 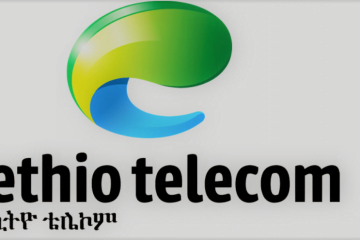