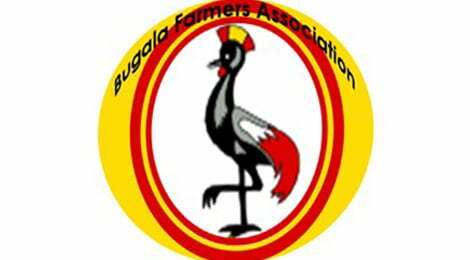 The Bugala Farmers Association has called on the United Nations Development Program (UNDP) to sever its ties with Bidco Africa, a Kenya-based edible oil producer accused of land-grabbing, human rights violations and environmental disasters in Uganda, Kenya and Tanzania.

Over 100 farmers lost their land to Bidco when, in partnership with the local government, the company deforested more than 7,500 hectares (18,500 acres) of rain forest and smallholder farms on Bugala Island on Lake Victoria to make way for one of the largest palm oil plantations in Africa.

In a petition delivered to the UNDP Kampala office on 28 January, the Bugala Farmers Association called on the UNDP to investigate the organization’s recent announcement that Business Call to Action (BCtA), a UNDP offshoot, concluded an agreement with Bidco Africa.

“For those who know the real business practices of Bidco Africa and its CEO Vimal Shah, the embrace by BCtA of Bidco Africa is a tragedy for smallholder farmers and a major stain on the reputation of UNDP,” the petition says.

The petition cites Bidco Africa’s failure to comply with court orders to compensate the farmers for their land; the company’s labor practices in Uganda, Tanzania and Kenya; alleged tax evasion in Kenya; and the deforestation of land for its palm oil production in Uganda. The deforestation has become so bad that the World Bank, originally a sponsor of the project, had to withdraw its support.

“The Bugala Farmers Association calls on UNDP and its senior leadership to examine the morally questionable association of such a distinguished U.N. organization with such a blatant violator of human rights that is Bidco Africa,” the petition says. “The evidence of Bidco Africa’s poor business practices is well documented, and UNDP must immediately disassociate itself with such a company.”

When the farmers presented their petition at the UNDP office in Kampala, security officers blocked them at the compound gate and confiscated video filmed by accompanying media. UNDP officials refused to meet the farmers, and suggested that the petition – which is addressed to UNDP Administrator Helen Clark – could only be delivered at the organization’s headquarters in New York City. Only after a four-hour wait was the petition officially received by a UNDP receptionist in Kampala.

In addition to Administrator Clark, the petition is addressed to Peter Liria, Chief Ethics Officer, Director of the Ethics Office; Abdoulaye Mar Dieye, Director Regional Bureau for Africa; and Mila Rosenthal, Director of Communications; among others.

The UNDP has not responded to the farmers’ petition since it was presented on 28 January.