Writer and broadcaster Lemn Sissay MBE has been elected as the next Chancellor of The University of Manchester.

The election of a new ceremonial figurehead for the University followed the completion of the seven-year tenure of current Chancellor, Tom Bloxham MBE, the founder of Manchester-based property development company Urban Splash. Lemn will take up his new role on 1 August and an installation ceremony will take place at the University in October.

Lemn is an associate artist at the Southbank Centre, patron of the Letterbox Club and fellow of the Foundling Museum. He is also the author of a series of books of poetry, alongside articles, records, radio documentaries, public art, and plays.

University President and Vice-Chancellor, Professor Dame Nancy Rothwell, said: “The Chancellor of the University, while a ceremonial office, brings with it significant ambassadorial responsibilities in helping to promote the University’s achievements worldwide, which Tom has done with enthusiasm and dedication throughout his time in office.

“I would like to pay tribute to Tom for his tremendous work over the past seven years and thank all three candidates in the election to be his successor for their interest in the Chancellorship.

“Each one of the nominees had excellent credentials and would have made a fine ambassador for the University.

“My warm and sincere congratulations go to Lemn on his election to be our next Chancellor. I look forward to welcoming him to the University community and working with him to promote our ambitious plans over the coming years.”

“I am proud to be Chancellor of this fantastic University and extremely grateful to everyone who voted for me.”

The University also acknowledged the passion and interest shown in the University by both unsuccessful candidates and will be exploring with them other ways in which they may play a constructive role in supporting the University’s agenda going forward.

The Chancellor is the ceremonial head of the University and, as such, acts as a figurehead and an ambassador, working with the President and Vice-Chancellor and other senior officers to promote the University’s achievements, regionally, nationally and internationally.

The Chancellor presides over meetings of the University’s General Assembly and undertakes other ceremonial and representative duties on behalf of the University. The Office is held for a period of seven years and the holder may not be re-elected.

Source: The University of Manchester

US Election – America gets its strongman 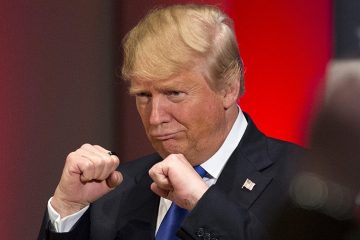