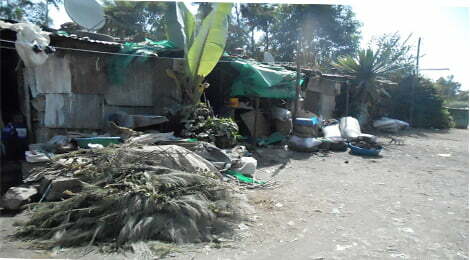 The latest report assessing Ethiopia’s progress in meeting the Millennium Development Goals (MDG) released in October 2015 commended Ethiopia for being on track to attain five of the eight targets while achieving its target of reducing child mortality by two thirds ahead of time. 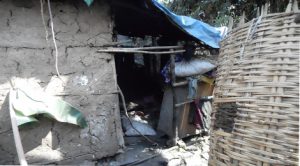 Extreme poverty in the midst of a sprawling Addis

Dereje Hailu is an eighth grader at the school and head of the students’ media services. He recalled what happened with a grim look stamped on his face. “I don’t exactly remember when it started happening. But younger students, those that were under grade 4, started collapsing and at some point it became a common occurrence. They pass out because they come to school without having breakfast. Most of the time they said they hadn’t had dinner on the previous night as well”, he told this magazine.

The parents of many of those students are street beggars relying on alms to support their families according to Dereje. Other parents are occasionally employed in informal and often meager paying jobs such as washing clothes; they lack permanent jobs and stable means of income. Dereje said that there haven’t been any such cases in the school in this academic year which is way into its fourth month. While some children from extremely poor parents have received support from non-governmental organization, Dereje says he personally knows other students who have quit school.

Tesfaye and his colleagues recommend that in order to tackle urban food insecurity, which is a bitter reality to the likes of Hanna and her children, subsidization of common food commodities should be strengthened to improve access to the poor. Emphasis should also be given to household heads engaged as daily wage earners, public employees, and to those who have little to no education.