A new survey conducted by Selam Development Consultants, assisted by JGAM Donors in collaboration with the Federal Ethics and Anti Corruption Commission, revealed Ethiopia’s Customs and Revenue Authority as the most corrupt government office followed by the construction permit and land administration offices.

Entitled “Perception of the Level of Corruption by Foreign Investors in Ethiopia”, the study, which also aimed at identifying public sector institutions that are more prone to corruption according to foreign investors operating in Ethiopia, states corruption in Ethiopia has generally decreased.

However, according to the survey, in institutions dealing with customs, import & export, foreign currency, taxes and tax collection, land acquisition for business purposes and other public utilities such as electricity and telecom, corruption has shown an increase.

“Even if there were no documented and study based focus areas so far in the commission, the findings of the survey are not new,” Ali Suleman, Commissioner of the Federal Ethics and Anti-Corruption Commission told Addis Standard. “Customs and Revenue, and public financial institutions have been the focus areas of the commission and will continue to be,” he added.

“This implies that the government still needs to work on the reform processes and reviewing the salary of civil servants,” says the survey.

The survey result also showed that lack of evidence, actions against those who commit corruption and clarity about corruption proceedings as the three top reasons why people would not report corruption to the relevant authorities.

More than 400 foreign investors, who are currently investing in Ethiopia, were included in the survey.

Exclusive Interview with Ambassador Chantal Hebberecht, Head of Delegation of the European Union (EU) to Ethiopia 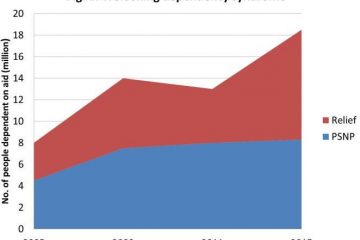