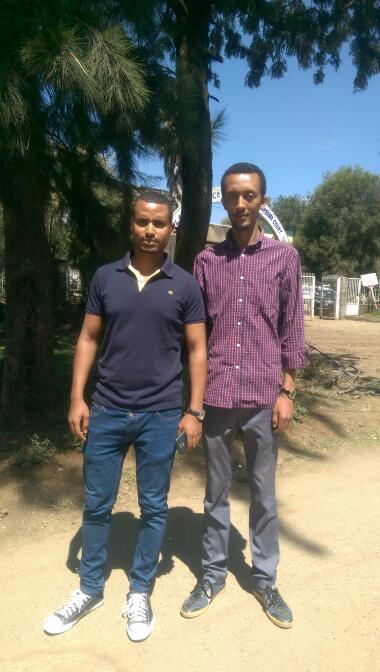 Addis Abeba, April 06, 2017 – Ethiopia’s Supreme Court has today passed its long-awaited verdict on prosecutor’s appeal against the acquittal from terrorism charges of four members of the Zone9 blogging collective.

According to today’s verdict, the Supreme Court overruled prosecutor’s appeal and upheld the ruling by the federal high court to acquit first defendant Soliana Shimelis (who was charged in absentia) and seventh defendant Abel Wabela of all the charges.

Similarly, the Supreme Court in today’s verdict upheld prosecutor’s appeal against the acquittal of two others in the same file, third and fifth defendants Natnael Feleke and Atnaf Berhane respectively. However, instead of the terrorism charges, the Supreme Court ruled that both Natnael and Atnaf should defend criminal charges under article 257, sub-article A and E.

The charges under this article deal with “provocation and preparation” to incite violence by word of mouth, disseminating images or writings (sub-article A); as well as launching, disseminating systematically or by premeditation subversive, insinuating, hateful or  inaccurate images and writings of messages that are calculated to demoralize the public or undermine its confidence….(Sub-article E).  The charges are punishable by simple imprisonment, or if “foreseeable consequences” are “particularly grave”, they are punishable by imprisonment of up to ten years.

After a year and three months of detention and subsequent trial for terrorism charges, a trial marked by several irregularities and witness inconsistences, all defendants were acquitted by the Federal High Court. But prosecutors have appealed against the acquittal of five of the original nine defendants in the same case:  Soliana Shimelis, Abel Wabella, Atnafu Berhane, Befkadu Hailu and Natnael Feleke.

The case has been dragging for over a year and during the last hearing in March, the Supreme Court cleared Befekadu Hailu from the prosecutor’s appeal file because Befekadu has a pending criminal charge that he is following, which was downgraded from the original terrorism charge that he was facing with the rest of co-defendants.

Befekadu has also been rearrested under the current State of Emergency and was released in Dec. last year. He will now be joined by his co-defendants Atnaf and Natnael in fighting criminal charges at the federal high court.

Cover photo: Atnaf Berhane and Natnael Feleke after the ruling this morning