Addis Abeba, June 17/2019 – Ethiopian Human Rights Commission (EHRC) must be reformed to enable it to contribute to the country making a break with its repressive past while promoting access to justice for victims of human rights violations, Amnesty International said today, as it released a new briefing examining the investigation reports the Commission published primarily between 2016 and 2017.

Amnesty International found that the EHRC operated outside established human rights frameworks and standards when investigating allegations of violations, casting doubts on its methods and findings, an injustice to countless victims of human rights violations that denied them access to effective remedies.

“Our analysis shows that the Commission is not fit for purpose as the country tries to break with a repressive past and must be reformed in line with international standards and best practices to support and contribute to the new government’s human rights agenda,” said Joan Nyanyuki, Amnesty International’s Director for East Africa, the Horn and the Great Lakes.

Amnesty International reviewed seven publicly available reports of the EHRC and found glaring gaps in the methods used to investigate and report allegations of human rights violations and abuses. The reports examined were two human rights situation reports on protests in Oromia and Amhara regional states submitted to parliament; four investigation reports into allegations of torture and other ill-treatment in detention demanded by the Federal High Court; and a submission to the UN Human Rights Council on prison conditions in the country.

Amnesty International found that rather than thoroughly investigate and expose alleged abuses by the security forces, the EHRC was quick to blame other actors, including opposition parties and parliament, even victims of human rights violations.

“Brazen bias against victims and a dismissive stance towards their complaints means that the EHRC’s reports on protestor killings and prison conditions squandered opportunities to make things right for the victims, and everyone else in the country,” said Joan Nyanyuki.

Responding to the Amnesty International findings, a spokesperson of the Federal Parliament of Ethiopia, the House of Peoples’ Representatives, affirmed the new government’s commitment to reform the EHRC to “build rule of law and respect of human dignity”. They also confirmed that the EHRC is mandated to report and publish its findings without seeking parliament’s approval.

Just blame it on something

In analysing the two reports on protestor killings in Amhara and Oromia states published in 2016 and 2017, Amnesty International observed a disturbing pattern of discrediting protests and labelling them “disturbances”, or “chaos and unrest”, a clear departure from the government’s human rights obligations and commitments.

In its 2016 report presented to parliament, the EHRC blamed unnamed protest organizers, a popular song and social media for the deaths of 462 protestors in Orom ia state between 2015 and 2016.

An excerpt from the EHRC report reads:

“…the organizers and coordinators of the disturbances used all available means to allow them to inflict significant death and damage to lives and property …. For instance, in the effort to spread the disturbances from one Woreda to the next and to replicate the degree (of) cruelty, the organizers played the OLF song entitled “Master Plan” through various means such as mobile phones, cars and motorcycle audio players and using media and social media outlets including Oromo Media Network (OMN).”

“Forty-two individuals (42) were killed in gunfire discharged from guns that were stolen by unknown individuals, during attempts to take weapons from security officers, and by gunfire from unknown sources during the disturbances.”

Amnesty International found that the EHRC often used such unsubstantiated ‘findings’ to justify the security forces’ use of lethal force on protestors.

“It is unacceptable that in its investigations the EHRC glossed over the fact that people were killed or suffered grievous harm while exercising their human rights; it failed to exercise its statutory mandate to provide respite to their suffering,” said Joan Nyanyuki.

“It is disheartening to read the reports and see that no effort was made to include the collection of medical or forensic evidence as part of the investigations, and that no explanation for this oversight is provided. One report even questioned the credibility of complainants because they did not provide medical evidence of their torture and other ill-treatment,” said Joan Nyanyuki.

In 2013, the EHRC in a submission to the UN Human Rights Council ignored serious concerns previously raised by the UN rights body and others about torture and other ill-treatment in the country’s prisons, instead reporting on the country’s dilapidated prison facilities.

“The authorities must now follow through on their commitment to reform the EHRC making it an independent and impartial institution that is up to the task of supporting and contributing to Ethiopia’s ongoing human rights reforms,” said Joan Nyanyuki.

Amnesty International recommends that the EHRC be overhauled into an institution that will foster respect for human rights. The House of Peoples’ Representatives should revise the proclamation establishing the EHRC to ensure a transparent, inclusive and non-partisan appointment process for the Chief Commissioner, Deputy and other Commissioners, and strengthen provisions on enforcement of its recommendations.

“The Government of Ethiopia on its part should investigate the EHRC’s past failures and guarantee non-repetition, in order to catalyze its transformation into a true human rights institution capable of promoting respect for human rights in the country,” said Joan Nyanyuki.

Op:Ed: The virtues of true decentralization﻿ 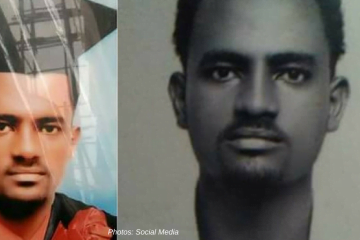