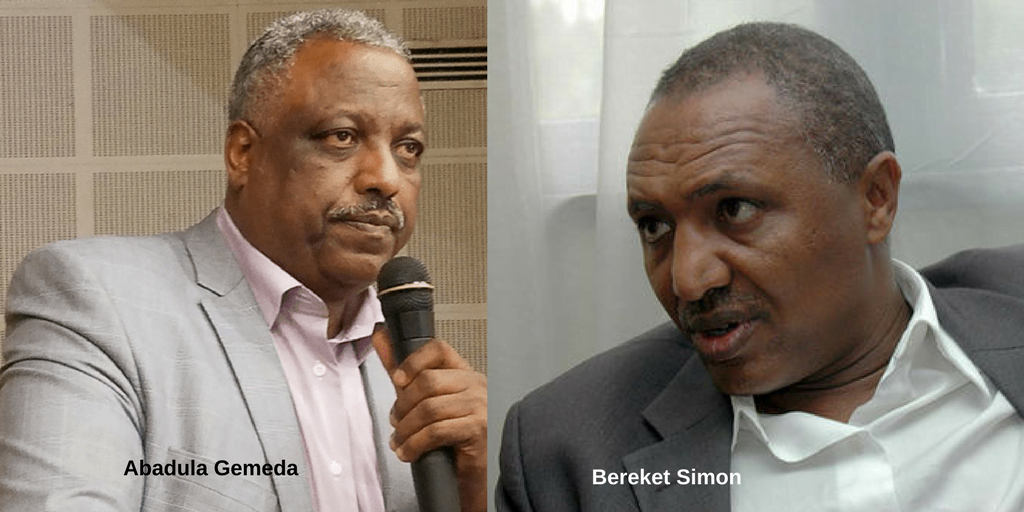 Addis Abeba, December 29/2017 –The state affiliated FanaBC news portal reported that Abadula Gemeda and Bereket Simon, who had “previously submitted resignation letters, withdrew their resignation letter and decided to return to their previous positions”, the portal cited an “information obtained by FBC.”

Abadula Gemeda resigned from his position as speaker of the house of people’s representative, on October 07,  followed on October 16 by Bereket Simon, who was a senior policy advisor to Prime Minister Hailemariam Desalegn. It is not clear if both would return to their previous duties.

On the other hand, the much anticipated Executive Committee meeting of the ruling EPRDF has ended today, 18 days after it started, according to FanaBC. “The Committee is expected to issue a statement regarding the decisions taken in the meeting tomorrow,” the portal said.

An earlier statement released from EPRDF’s executive committee meeting admitted that the party was facing a gradual & widening “mistrust” & “suspicion” among the four major parties that make up the EPRDF. AS