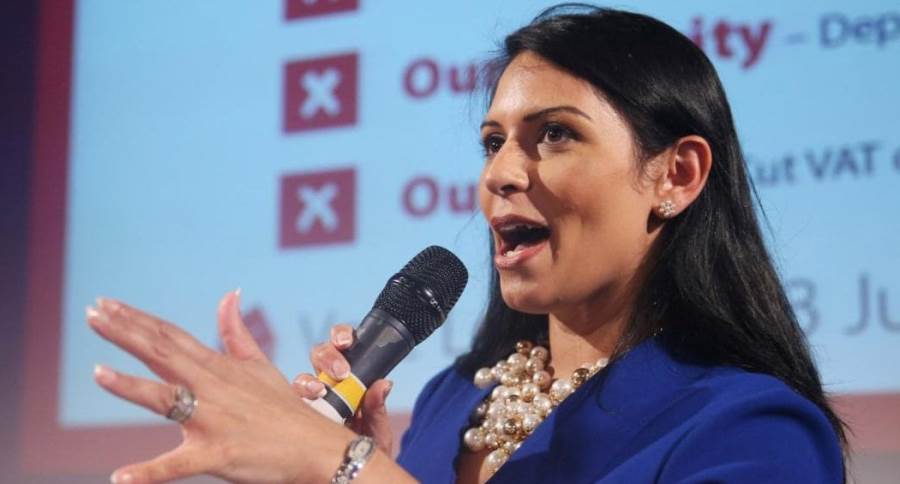 Addis Abeba, Feb. 01/2017 – Helping poorer countries trade more with the UK and the rest of the world is key to ending poverty, the UK’s Secretary of State for International Development announced this week on a visit to Ethiopia.

“Priti Patel set out how Britain will work with African partners to create jobs, build livelihoods and agree new trade deals which benefit the world’s poorest people and is in the UK interest,” said a statement from the British Embassy in Addis Abeba.

The statement from the embassy further said the UK “puts trade and jobs at [the] heart” of the fight against poverty. “There is no task more urgent than defeating poverty. The UK has a proud record of supporting people in desperate humanitarian crises, but emergency help alone won’t tackle the global changes we face.”

Ms. Patel referred to figures indicating a billion more young people will enter the job market over the next decade. “Africa’s population is set to double by 2050 and as many as 18 million extra jobs will be needed. Failure will consign a generation to a future where jobs and opportunity are out of reach; potentially fuelling instability and mass migration with direct consequences for Britain,” the statement quoted her as saying. .

“Developing countries want to harness trade, growth and investment opportunities and Britain will lead the way to lift huge numbers out of grinding poverty to prosperity.”

The embassy further said Ms Patel “saw first-hand” how UK Aid enables some of the “most marginalized communities, including those with disabilities, to access healthcare and education” – creating a productive workforce which is vital for economic growth.

The announcement came three weeks after her department withdrew a large funding for an all-girls Ethiopian group called “Yegna.” Dubbed by the British conservative newspaper, Daily Mail, which had incessantly campaigned against the project, as “the Ethiopian Spice Girls,” “Yegna”, a partnership between DFiD and Girl Effect, was scheduled to receive a British funding amounting to the tune of £11.8m between 2015 and 2018.  “Yegna” was first formed in 2013 with the aim to “empower” young girls and fight against gender-based violence including early marriage.

At an event co-hosted with the Ethiopian Government and United Nations Population Fund (UNFPA), Ms Patel committed to step-up the UK’s global leadership on family planning by hosting a high-level event in London this summer.

“Together with the Bill and Melinda Gates Foundation and UNFPA, she will bring the world together to increase access to family planning for some of the 225 million women and girls who want to avoid or delay pregnancy but aren’t using modern contraceptives,” according to the statement.

Currently, “the UK is providing emergency nutrition treatment for 25,000 malnourished children, clean water for 100,000 people and responding to outbreaks of acute watery diarrhea and providing vaccinations and treatment for 600,000 cattle in Ethiopia.”

Preceded only by Pakistan, currently, Ethiopia is the second largest beneficiary of UK aid receiving more than £350 million a year.