Addis Abeba, December 08/2017 – I would like to make a simple critique of Hewan Solomon’s article “Decolonizing Ethiopian Studies”. I find the article vacuous and symptomatic of what it seeks to dismantle. Thus, even as it raises a significant issue (“the importance of making Ethiopian languages and ideas dominant in the field of Ethiopian Studies”), in my opinion, it reads more like bluster and empty preaching – dare I say, a colonial call for “decolonization.”

Having said that, I would like to make a few points step by step in order to justify my critique of the article.

First, what are “Ethiopian ideals”? The author never makes an attempt to unpack or even illustrate what these might be. Are there uniquely “European” or “American” or “Ethiopian” “idea(l)s”? Is there any philosophical or empirical ground for this assumption? Either way, the author simply assumes and never even raises these rather obvious, if vexed, questions, which is troubling for a piece that purports to promote critical thinking.

Second, the author seems frustrated that “much of the knowledge on Africa has been produced from outside the continent.” Again, there is something deeply right in her frustration. To be sure, non-Africans have been at a massive and often miserably unjust advantage to do so, given their imperial wealth, developed educational systems, pillaging of African texts and treasures, among others. But it is odd that the author never mentioned the epidemic of anti-intellectualism within what the article refers to as the “typical” Ethiopian population. How many have a culture of reading and intellectual dialogue? The History and Philosophy departments at Addis Abeba University have tragically withered. Indeed, going back before the Derg, Emperor Haile Selassie I famously sent Ethiopian students abroad to obtain advanced educations and then famously suppressed and silenced them, which became a crucial catalyst in the Student Movement and Revolution.[1] This pattern persists to this day.[2] But there was no mention of this as important as it is for the topic.

Third, the author seems troubled by “ideals of modernization, human rights, ethnicity, development, and nationalism,” which apparently came from “European education.” But are these ideals a package deal, or instead do they show the complexities and contradictions within and between philosophies – European or otherwise? Is there, in fact, any coherent, monolithic set of “European ideals” to begin with? If so, the article didn’t bother to give any evidence or make an argument for it. Again, assumption rules supreme. Moreover, while sensitive contextualization is critical, should we resist “modernization” and “human rights”? (One worries that their absence is why many local scholars don’t write freely: they’re terrified of being ridiculed and thrown in jail for unpopular arguments.) Furthermore, are Ethiopian students mindless dupes who simply copy whatever their “European” teachers tell them? Ironically, this indignant reflection ends up insulting Ethiopians as passive non-agents – colonialism’s “children” – who have no independent power to critically think through and resist what comes from “Europe.” If that’s how Ethiopian students are (which I doubt), what hope is there for things to be better with their  “Ethiopian” ideas and “Ethiopian” teachers, who are famous for not showing up to class, not getting to know their students, not penalizing plagiarism, and manipulating grades based on personal preferences? Fourth, the author criticizes anthropologists who “simplified cultures” and tried to capture them in “a single book.” Again, fair enough; these old-guard academics should be criticized. But what about all of the more recent scholars who incessantly emphasize the complexity, multiplicity, and inexhaustibility of wider African and specifically Ethiopian cultures – scholars like Jean and John Comaroff,[3] James Ferguson,[4] Jörg Haustein,[5] and so many others? For example, Donald Levine once commented that it is impossible to say anything meaningful about Ethiopia until you have lived there for at least two years, and even then the scholar will be woefully ignorant. Levine always emphasized that Ethiopia is alive and dynamic (“evolving”), with uncapturable complexity that should always lead the scholar back to humility and listening. Moreover, Levine was one of the leading voices in fiercely rejecting the “civilizing mission” of foreign scholars and also one of the most committed advocates for returning Ethiopian treasures from Italy, England, and elsewhere. But the article hardly alludes to these fallible but rightfully respected leaders in Ethiopian Studies.

Fifth, this points to the author’s implicit assumption that Ethiopia is precisely a “bounded entity” that is unique to itself, not comprehensible to outsiders, and thus truly exceptional. But, of course, this is precisely the cultural assumption that the article ridiculed in the colonial anthropologists. Naturally, when this assumption leads to the glorious pride of Ethiopian exceptionalism, it is warmly embraced. The shoe looks better on the other foot. But the author seems blissfully unaware of her own self-contradiction and incoherence when it comes to basic cultural theory. Later at some point the article laments how Ethiopia’s uniqueness made its scholars less accessible and successful in the intellectual dialogue on the African continent. But this, of course, is a thinly disguised self-congratulation: “Ethiopia’s sovereignty” is the source of its African “removal.” Alas, this is typical of the weakest elements of Ethiopian (pseudo-) intellectualism. The article goes on to say, “Studying a society through the lens of foreign languages has troubling implications. Primarily, one will certainly fail to understand fully how a given society understands itself.” But this is the defunct ideology of the colonial anthropologists the article ridicules: (1) Does “a society” actually have one, unified, monolithic “understanding of itself”? I doubt it. (2) Even if it did, could anyone – Ethiopian or otherwise – possibly “understand” it “fully”? This makes no sense.

Sixth, the author calls us to centralize “non-European sources of knowledge, leadership, political and economic ideals,” and this is welcome. But, as I mentioned above, the article blithely fails to provide even a single example of what the author might have in mind. What sources of knowledge? What leadership? Which ideals? I’m not saying they don’t exist. But is it not odd to so passionately advocate for them without giving even one example? Once again, nothing is said about whether any source of knowledge or leadership style or ideal is actually unique to any single culture or geographical region. Thus, the article argues for something its author did not bother to illustrate. Instead, she points to “Rhodes Must Fall,” which is fine in terms of tearing down, but nothing substantive is said about what she aims to build up.

Seventh, the author is similarly worried about “European” scholars monopolizing Ethiopian studies in the way that “Europeans” did “African” knowledge production. And again, let us rightfully foreground the inequalities and injustices that were often – though not always – involved. But then let us also ask, where would Ethiopian Studies be without these scholars? And why haven’t more Ethiopian scholars done the hard work of mastering (a portion of) Ethiopian sources and produced world-class, enduring scholarship? If Ethiopians are agents (and they surely are), then be agents and do the work.

Eighth, the author complains about the Institute of Ethiopian Studies (IES) and how it was founded by and dominated by Europeans. But why complain about “Europeans” founding “Ethiopian Studies” rather excavating why Ethiopians didn’t do this themselves and what should be done about it now? Whatever their failures, at least Hiob Ludolf and Richard Pankhurst were willing to devote their lives to trying to understand, study, document, and honor the country as best they could. If Ethiopians have “little agency” within IES, why is this? Is this really true? If it is, is this the fault of outsiders? After all, the last few directors have been Ethiopians. And the political controversies in play – is the director loyal to EPRDF? – are well known. The author complains about rigorous works being written in non-Ethiopian languages. But let us ask: is there a local demand for such books? How many Ethiopian people would actually buy, read, and discuss a 500-page critical study of a local phenomenon? Don’t get me wrong: I would heartily support scholarly studies and journals in local languages, (and I am a bilingual in two local languages). But we must ask if there is the readership and reading culture to help them survive. The author doesn’t even broach this (politically incorrect) inquiry.

Ninth, the author mentions about how the Axumites were often seen as mixing with Arabians and thus not being “African enough,” whatever that might mean. But the article makes no effort to address the Axumite inscriptions that are written in South Arabian or the Semitic strands of Ethiopic languages. Neither does it allude to the multiple theories about how Ethiopians and people in South Arabia came to interact with one another, geographically, culturally, or linguistically. Instead, the author assumes some kind of monolithic “European” interpretation, which simply doesn’t exist – at least not in the scholarship of recent times. I encourage readers to look at Niall Finneran’s rigorous work to dispel this strawman.[6]

Tenth, the author complains about non-Ethiopian scholars not being masters of Ethiopian languages and yet still writing about Ethiopia. Again, this is a legitimate worry. But I personally know “Europeans” who are tirelessly devoting their lives to understanding minority Ethiopian languages, creating dictionaries, writing systems, and thus literacy, which serves to preserve and develop their local cultures and economies. The article makes no mention of these scholars. Instead, it goes on, “This allows for an unchecked interpretation of Ethiopian history, politics, and society.” Again, don’t complain about it; do it! If this scholarship needs to be “checked,” then actually read it, critique it, and set the record straight with convincing evidence and argumentation. The reference to “numerous occasions” where the author has heard “non Ethiopian” scholars talk about Ethiopia and make “laughable claims,” for example, a “renowned European” scholar equated Buhe with Halloween. I hope the author corrected this scholar. But I also ask, why not provide an actual example from the publicly available literature if these kinds of errors are so common in the highest levels of scholarship? As I indicated above, I heartily endorse the author’s desire for more Ethiopians to have leading roles in studying Ethiopia, writing about Ethiopia, and translating relevant works. But I say again, then do it. I also ask another politically incorrect question: where is the local funding? Which wealthy Ethiopian individual or family is famous for endowing Ethiopian intellectualism? Where is this culture? In fact, Ethiopians routinely talk about how scholarship isn’t valued and people aren’t willing to invest money into it. The author asks, “Who will pay for it?” but doesn’t mention this deeply entrenched cultural devaluation of scholarship.

The biggest problem with this article is that it is simplistic, self-contradictory, and reinforces the very rudimentary vices it claims to dismantle. If Ethiopian Studies is to “decolonize” itself, it can and must do much better than this. And this must start by entirely rejecting the idea of monolithic cultures, purely autochthonous ideas, and thus cultural exceptionalism. But this, of course, would be to cut the cord of the colonial ideology that runs within Ethiopianism itself.


Disclaimer: The views and opinions expressed in this article are that of the writer’s and do not necessarily
reflect the editorial of Addis Standard.

Internet as utility, not luxury 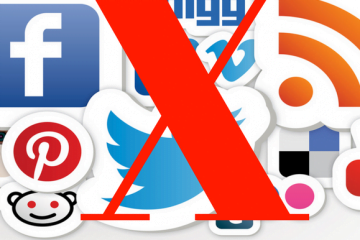